The Puri Jagannath Temple in Odisha reopened on Wednesday after it was closed down in March in wake of the COVID-19 crisis. 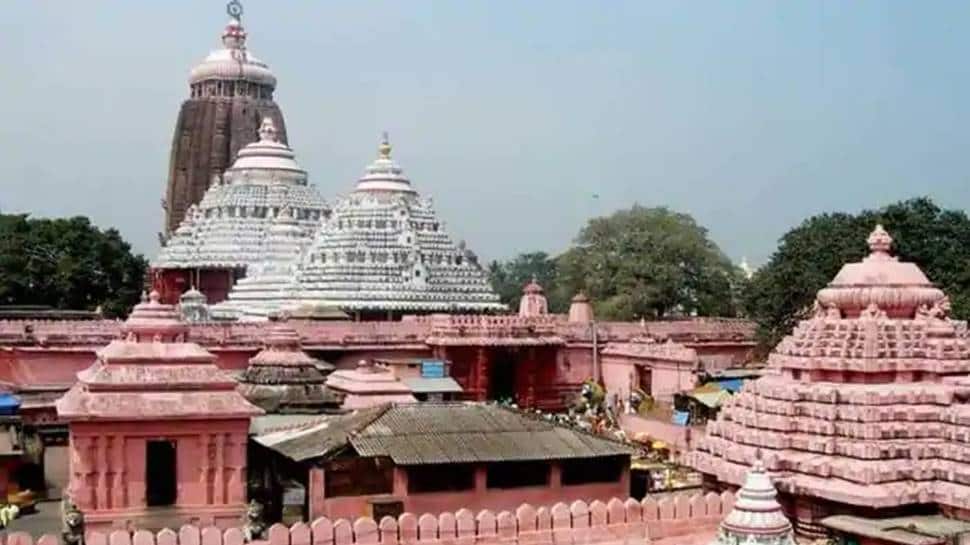 Puri: The Shree Jagannath Temple reopened for devotees on Wednesday after remaining closed for nine months in wake of the COVID-19 pandemic.

The much-awaited 'darshan' of the sibling deities - Lord Balabhadra, Devi Subhadra and Lord Jagannath, began at 7 am amid strict adherence to the COVID-19 guidelines for servitors and their family members only, officials said.

The Temple remained closed since the middle of March due to the outbreak of the pandemic. This is for the first time in the history of the 12th century Lord Vishnu shrine here that the devotees were denied the opportunity for having 'darshan' of the deities, the officials said.

"It was a matter of luck for any human being to have darshan of the deities in Jagannath dham. We are blessed to get the opportunity in the first phase," said an elderly woman after visiting the temple.

On the first three days (December 23, 24 & 25), servitors and their family members will be allowed to enter the temple for darshan with strict adherence to COVID-19 norms, Puri Collector Balwant Singh told reporters.

He said devotes are allowed entry into the temple after proper checking of identity proof, hand sanitisation and mandatory wearing of face masks.

The family members of servitors will be allowed darshan of the deities on the first three days, the residents of Puri will get the next opportunity to enter the temple from December 26 till December 31 evening, officials said.

The temple will again remain closed on January 1 and 2 in view of the rush of devotees for the New Year, the official said, adding that the temple will be opened for all devotees from January 3.

He said all devotees need to produce COVID-19 negative report of test done in the last 48 hours from January 3 to enter the temple. No offerings of flowers, tulsi (basil leaves) and other such items will be allowed inside the temple.

As per the Standard Operating Procedure (SOP) prepared for the smooth darshan of devotees, the people would enter through Singhadwara (Lions Gate) of the Temple and exit through any of the other three gates.

This apart, barricades are raised along the Badadanda from Marichikot Chhak in nine rows to avoid rush in the temple. The visitors are asked to maintain social distance and wear face masks. They would have to sanitise their hands at the temple gate before entering into the shrine.