The first Rafale jet will arrive in Indian in September 2019. 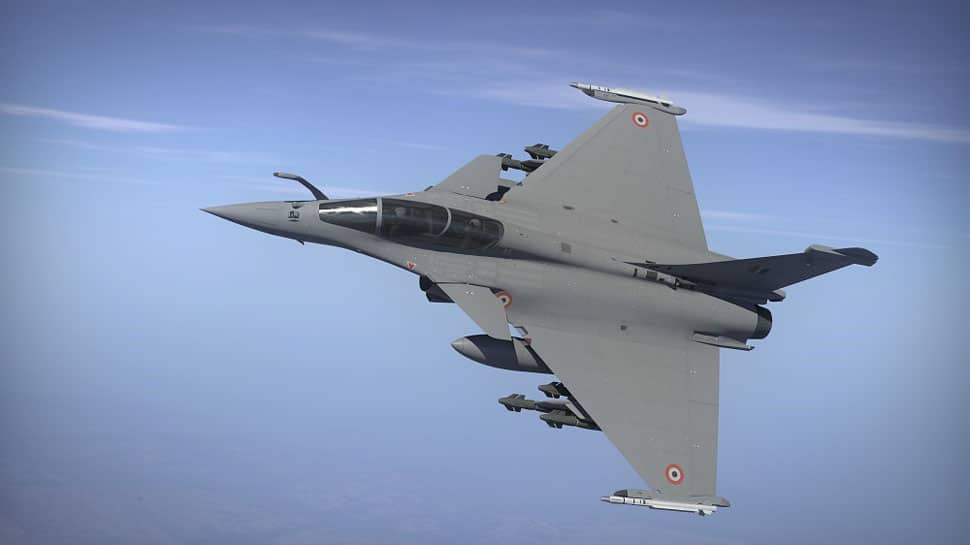 Indian Air Force (IAF) will receive a massive boost in its combat capability with the induction of the Rafale fighter and Pakistan will not come anywhere near the Line of Control or the international border, Air Chief Marshal Birender Singh Dhanoa said on Monday.

Calling the twin-engine Medium Multi-Role Combat Aircraft (MMRCA) Rafale jet superior to any fighter in the arsenal of either the Pakistani Air Force or China's People's Liberation Army Air Force, ACM Dhanoa pointed out that once "the Rafale comes in, the deterrence of our air defence will increase manifold". The first Rafale jet will arrive in Indian in September 2019.

"I have said earlier also (that) it is giving you a tremendous capability jump. It is superior to all the aircraft in the inventory of both our adversaries. Once Rafale comes in it will ensure the deterrence of our air defence will increase manifold and they will not come anywhere near our LoC," said the IAF top gun.

India is buying 36 Rafale fighters from France's Dassault Aviation a part of its effort to modernise the IAF arsenal. While the first Rafale will join the IAF in September 2019, the 36th jet will land in India in 2022.

The Rafale was the star attraction during February 20-24, 2019, Aero India show at Bengaluru's Yelahanka Air Force Station. The French Air Force had come with three Rafale jets for the biennial show.

At 15.3 metres long with a width of 10.9 metres and 5.34 metres high, the Rafale is not the biggest fighter but one of the most versatile 4++ generation aircraft in the world currently. The empty aircraft weight of Rafale is 9,500 kg while a fully loaded and the armed plane will weigh 24,500 kg which can carry out air superiority, air defence, close air support, in-depth strikes, reconnaissance, anti-ship strikes and nuclear deterrence missions.

The Rafale has 14 hardpoints out of which five can carry drop tanks and heavy ordnance. With the capability to carry missiles and bombs weighing up to 9000 kgs, the Rafale can operate the MICA air-to-air Beyond Visual Range (BVR) missiles, in their IR (heat-seeking) and EM (active radar homing) versions. The MICA missile can also be used within visual range (WVR) too.