The railways had recently appealed to all passengers to come to the station 90 minutes in advance and not earlier than that to avoid crowding at the premises. 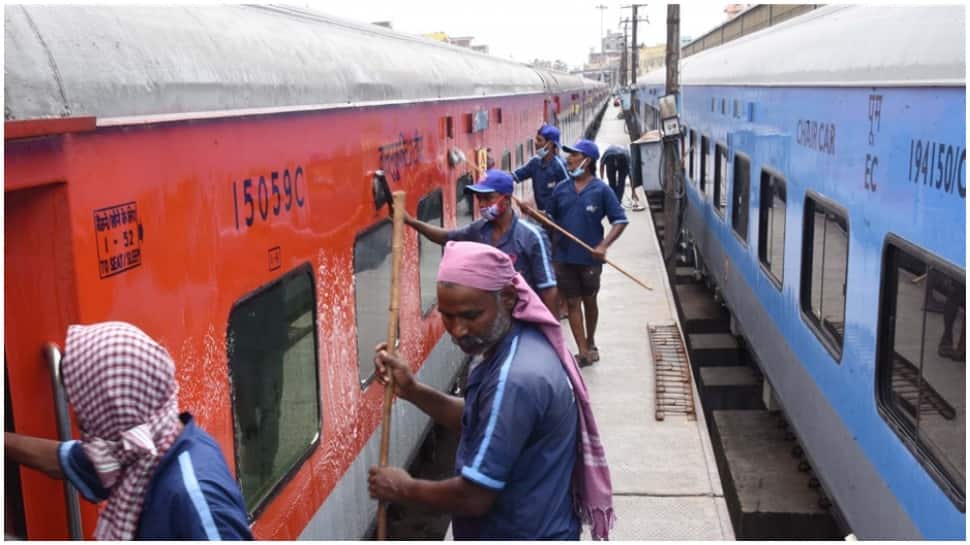 New Delhi: The railways has sent a missive to its zones to ensure 100 per cent punctuality in the running of 230 special trains, which is less than two per cent of the 13,000 trains that normally run on the railway network.

Sources said Railway Board Chairman V K Yadav has sent a message to all general managers and divisional railway managers to ensure that the 15 pairs of Rajdhani special trains and 100 pairs of passenger trains maintain their schedule without any delays.

He has asked the zonal heads to monitor the punctuality of these trains, adding the number of trains being run on the network is currently small so the punctuality has to be 100 per cent.

The sources said the national transporter, which has been criticised over delays in running these trains, wants to be extra vigilant in the operations of these trains.

These are the zones in which most of the loading of freight trains take place. Most of the goods trains also run in these zones.

The railways has been facing major issues with the running of the Shramik Special trains.

According to the sources, 50 per cent of these trains were running two hours behind schedule, right at the origin stations, because of the protocols involved.

They said the protocol prescribed for coronavirus like thermal screening of every passenger to ensure that only asymptomatic persons board the trains, maintaining social distancing, ensuring Aarogya Setu mobile application is downloaded on their phones -- is taking a lot of time at the originating stations.

The railways had recently appealed to all passengers to come to the station 90 minutes in advance and not earlier than that to avoid crowding at the premises.