Railway will connect country from Kashmir to Kanyakumari before August 2022: Piyush Goyal

Railways Minister Piyush Goyal on Thursday said that Indian Railways will connect the country from Kashmir to Kanyakumari before August 15, 2022. 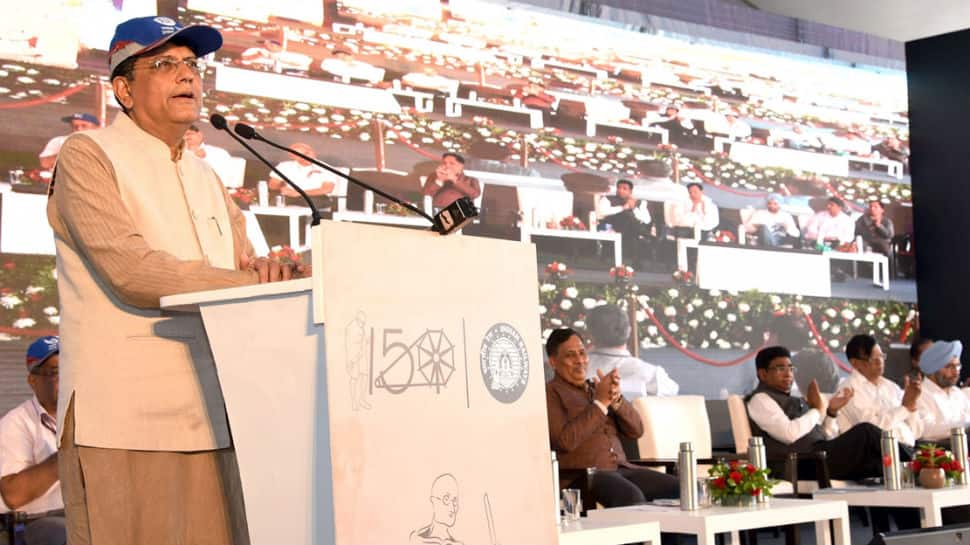 New Delhi: Railways Minister Piyush Goyal on Thursday said that Indian Railways will connect the country from Kashmir to Kanyakumari before August 15, 2022.

"Katra to Banihar section is being constructed quickly and work on Chenab bridge is underway. Soon Indian Railways will connect the country from Kashmir to Kanyakumari before August 15th, 2022. Earlier, work was halted due to terrorist activities in Jammu and Kashmir," he said at the flagging-off ceremony of Vande Bharat train from New Delhi to Katra.

Hailing the Centre`s decision of abrogating Article 370, he added, "Acting on Prime Minister Narendra Modi`s decision of abrogating Article 370, Amit Shah has taken bold steps. People are now associating themselves with Kashmir. Prime Minister on August 15 said Vande Bharat train will go to every corner of the country. Indian Railways will connect the country from Kashmir to Kanyakumari and Kamrup to Kutch before August 15, 2022".

The minister also outlined that Wi-Fi facility is available at 5,000 railway stations and in the coming days around 6,500 stations will be connected with the facility.

Shah said that the train will boost tourism in Jammu and Kashmir.

"Before the abrogation of Article 370, there were many obstacles in J-K`s path to development. In the next 10 years, J-K will be one of the most developed states. The journey of development has begun with Vande Bharat Express set to boost tourism in the state," he said.

Union Minister Jitendra Singh, who represents Udhampur Lok Sabha constituency also said that new opportunities will become available in the valley after the abrogation of Article 370.
He also said that the Vande Bharat Express will further propagate the message of Prime Minister Modi`s new vision about Jammu and Kashmir.