The train which is fully air-conditioned comprises of 12 LHB coaches. 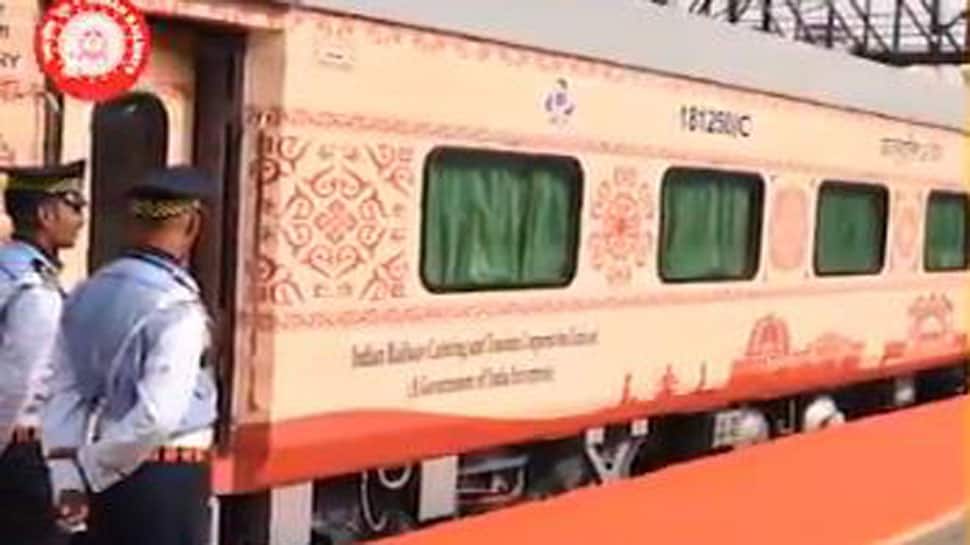 The Indian Railways on Friday launched the super deluxe Buddhist Circuit Tourist Train which will cover the pilgrimage sites associated with the life of Gautam Buddha. The Railways is offering an enhanced travel experience with dedicated dining cars, in-built library, and sofa-seating in coaches.

The train can accommodate a total of 156 guests. The onboard two restaurant cars have a capacity of 64 guests in each coach.

The kitchen car has been designed with state of the art equipment -- a hot plate, a deep fat fryer, a salamander, etc.

There is also a separate sitting area in the air-conditioned two tiers with sofas.

Certain other amenities like foot massagers, digital lockers and shower cubicles have also been provided.

The train is equipped with CCTV camera surveillance and smoke detection alarm system for the safety and security of the passengers.

The railways said that they were committed to upgrading the facilities to "bring joy to our guests".

Earlier in July 2018,  the Ministry of Railways had assigned a new LHB rake for IRCTC’s Buddhist Circuit Tourist Train for improving the overall comfort level of travellers along with providing a quality ride to them.

Nirmala Sitharaman lashes out at Congress, says 1st Rafale in India by September