The Rajasthan government has decided to offer the job of a police constable to the victim. 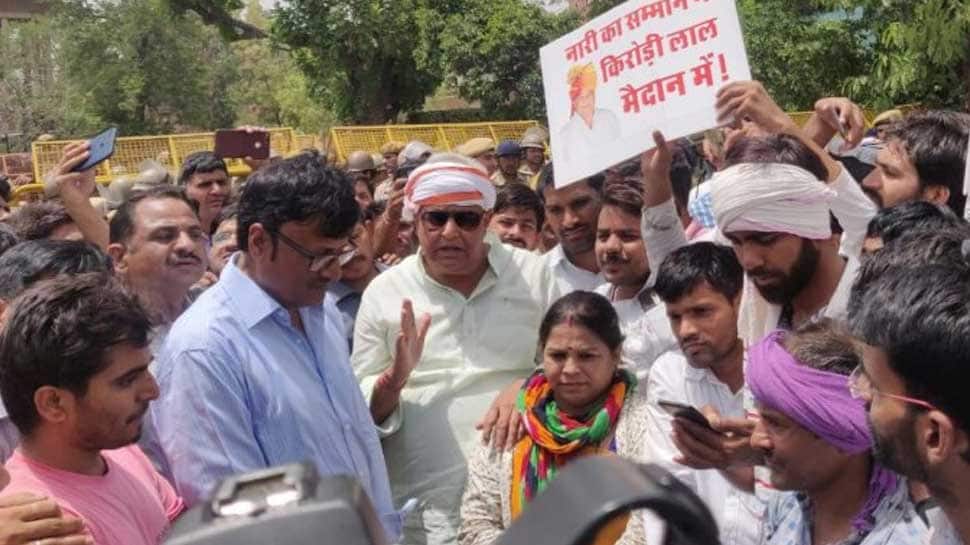 JAIPUR: Amid intense politics over the Alwar gang-rape case, the Ashok Gehlot government in Rajasthan has decided to offer a job with the police department to the victim.

According to reports, the Rajasthan government has decided to offer the job of a police constable to the victim and has also started the procedure in this regard.

The victim had recently expressed the desire to join police services to deal with those who commit heinous crimes like gang-rape.

The Rajasthan government's decision comes nearly a month after at least six bike-borne miscreants accosted the woman and her husband on the Thanagazi-Alwar bypass and then took them to an isolated place, where they allegedly raped her in front of him.

An FIR was lodged on May 2 and two days later, the other accused circulated a video clip of the crime on May 4.

The state police later arrested the five accused, who allegedly raped the woman and the one who shot and circulated the video clip.

Hitting out at PM Modi, Chief Minister Gehlot said, "Entire country knows he (Modi) is doing politics. He speaks lie, which is unfortunate. The entire BJP is holding protest, it shows who is indulging in politics."

Clarifying on government action in the gang-rape case, the CM said, "The FIR in the case was lodged on May 2. For the victim, a job will be managed."

"Alwar is a critical district. We have done a study. Crime in the district is more than any other district. Looking into which we have decided to divide the district into two parts for policing," he said.

The accused will get punishment and effective monitoring of the case will be done, he added.

Gehlot said after the incident, the state government has decided that a victim woman can lodge a complaint at the SP office if she faces a problem at the police station.

In addition, the government is going to appoint a woman nodal officer of deputy SP rank at the district level on the lines of a nodal officer to deal with the cases related to atrocities on SC/STs.