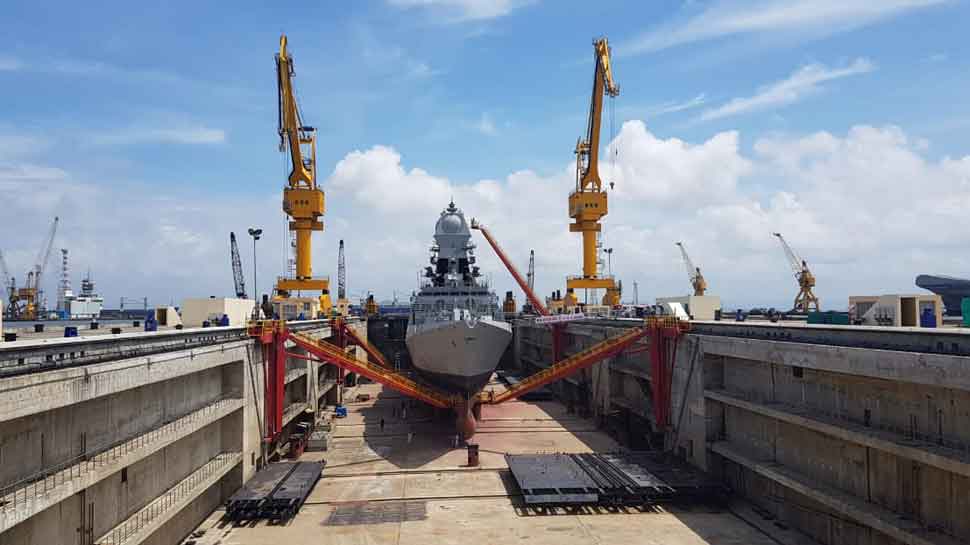 The aircraft carrier dry dock is also capable to dock IAC-I, the indigenous aircraft carrier which is under construction at Cochin shipyard and ships with tonnage up to 90,000 tonnes, making it the largest dry dock of the Indian Navy.

The dry dock, measuring 281 metres in length, 45 metres in width and 16.7 metres in depth, will allow multiple ship-docking, including two submarines at the same time. It is an engineer's delight and has been constructed at a cost of Rs 1,320 crore.

A dry dock is a berthing place to carry out repair, refuelling and maintenance of a ship. The ships need to undergo crucial repairs while waging underwater which can only be done when the vessel is on a dry dock.

The new-inaugurated dry dock has a special design involving construction into the sea rather than utilising the limited land available in the Naval Dockyard in Mumbai.

INS Khanderi was handed over to the Navy by Mazagon Dock Shipbuilders Limited (MDL) in Mumbai on September 19. The state-of-the-art features of this Scorpene class submarine include superior stealth and the ability to launch a crippling attack on the enemy using precision-guided weapons.

Designed by French company Naval Group (earlier known as DCNS), Khanderi has been named after the wide-snouted Sawfish, a deadly predator of the Indian Ocean, and will become the 17th submarine of the Indian Navy after it is commissioned. Manned by a crew of eight officers and 35 sailors, Khanderi can stay out in the sea for 50 days.

MHA warns govt officials against use of duplicate, unauthorised IDs