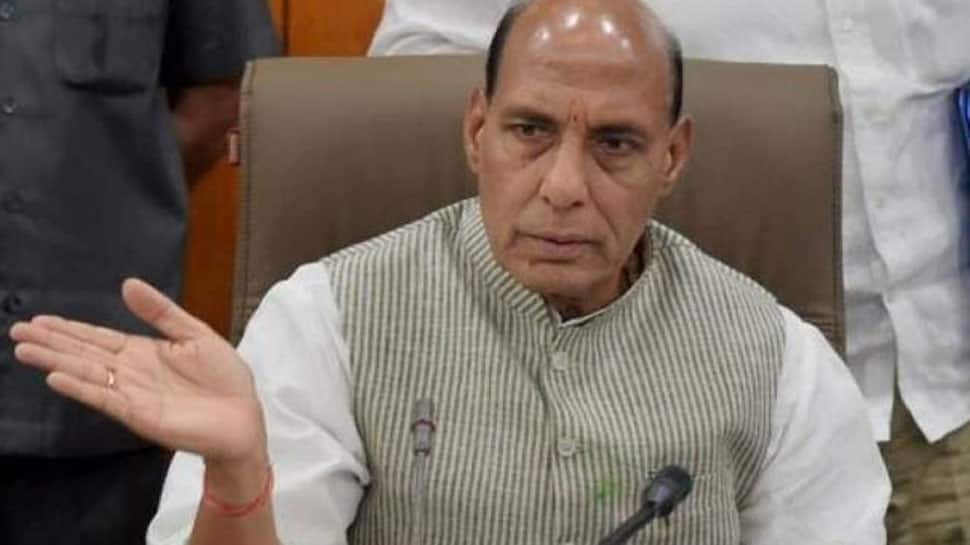 "Rajnath Singh assured the delegations that the interests of all north-eastern states, including Manipur and Assam, and their culture and heritage will be fully protected. He will call a meeting of all the Chief Ministers," a statement from the Home Ministry said.

People from Manipur, Meghalaya and Assam have taken to streets after the Citizenship Amendment Bill was passed in both Houses of Parliament in the Winter Session. The bill aims to remove hurdles for eligible migrants of six minority groups from Bangladesh, Pakistan and Afghanistan from getting Indian citizenship.

Biren Singh met Rajnath Singh on Saturday along with Manipur BJP president and Rajya Sabha MP Ksh. Bhabananda Singh and submitted a memorandum to him for giving Presidential assent to Manipur People's (Protection) Bill, 2018, passed by the Manipur Assembly on July 23, 2018.

Rajnath Singh told him that the Home Ministry will examine the Bill which seeks to protect the interest of indigenous population of the state.

The proposed Citizenship Bill has triggered apprehension in the region that it will not be in the interest of the indigenous people of North-East. Various North-East parties and students' bodies have been claiming that once the Bill is implemented, the northeastern states could be flooded with a large number of illegal immigrants and foreigners from neighbouring countries such as Bangladesh, Pakistan, and Myanmar and so on, as international borders are porous.

A delegation from Assam led by the Chief Minister Sarbananda Sonowal also met Rajnath Singh this weekend over the issue.

Several representatives of the Bodo groups including the Bodoland Territorial Council chief Hagrama Muhilary also met the Home Minister over the weekend and discussed the various outstanding demands of the BODO community.

The Home Minister said it is a fact that Assam has borne the disproportionate burden of migration, but the state should not bear this burden alone. "It is the responsibility of the entire country and the burden should also be shared by the entire country," he added.

He assured the BODO leaders that this decision will be implemented only after ensuring that the political and employment-related privileges and rights of the existing tribes in Assam are fully protected.