Asthana was Director-General, Border Security Force (BSF) and Director General, Narcotics Control Bureau (NCB), the government of India. He previously held the positions of Special Director, CBI, and Director-General, Bureau of Civil Aviation Security. Earlier in Gujarat, he served as Commissioner of Police in Surat and Vadodra cities. 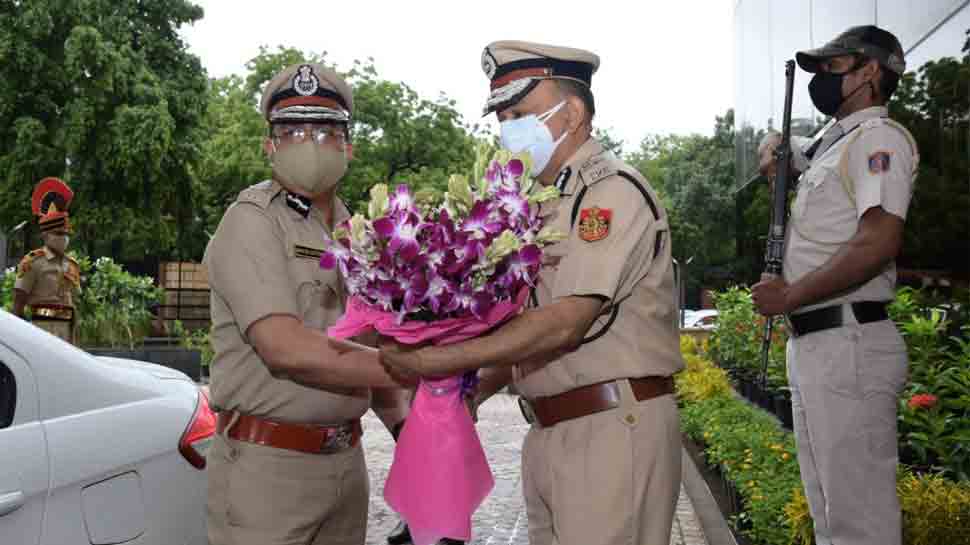 New Delhi: The newly appointed Commissioner of Delhi Police Rakesh Asthana was accorded a ceremonial guard of honour by the police force upon his arrival to take charge at the Delhi Police headquarters here. "I took charge as the Delhi Police commissioner today. My focus will be on basic policing. If we do this, there would a sense of satisfaction among the public and law and order situation can be maintained. We will handle specialized problems as per Standard Operating Protocols," Asthana told reporters.

Asthana did his graduation and post-graduation from St. John’s College, Agra.

After taking over as the Delhi CP, Rakesh Asthana addressed the top police brass in Vimarsh Conference Hall at Police Headquarters while other senior functionaries joined him through video conferencing. Hailing Delhi Police as the premier police force of the country with a formidable reputation in delivering services and handling challenging situations, Asthana outlined basic policing – prevention and detection of crime and maintenance of law and order- and attention to special tasks as the priority areas for all to work upon.

The newly-appointed Delhi CP praised the track record of Delhi Police in handling law and order situations and stressed upon continuing the good works in busting cyber crime, terror, narcotics, gun smuggling etc. He also stressed on community policing initiatives like Yuva, senior citizen services etc. Asthana said detection of crime and strong preventive measures not only reduce the crime burden but also ensure a feeling of safety and security in the city, particularly among women and vulnerable groups, for which police should keep making more and more efforts.