Ram Temple construction in Ayodhya is inevitable, masjid can be shifted: Subramanian Swamy

The BJP MP added that the Hindu community can help the Muslim community to find a land for the construction of masjid. 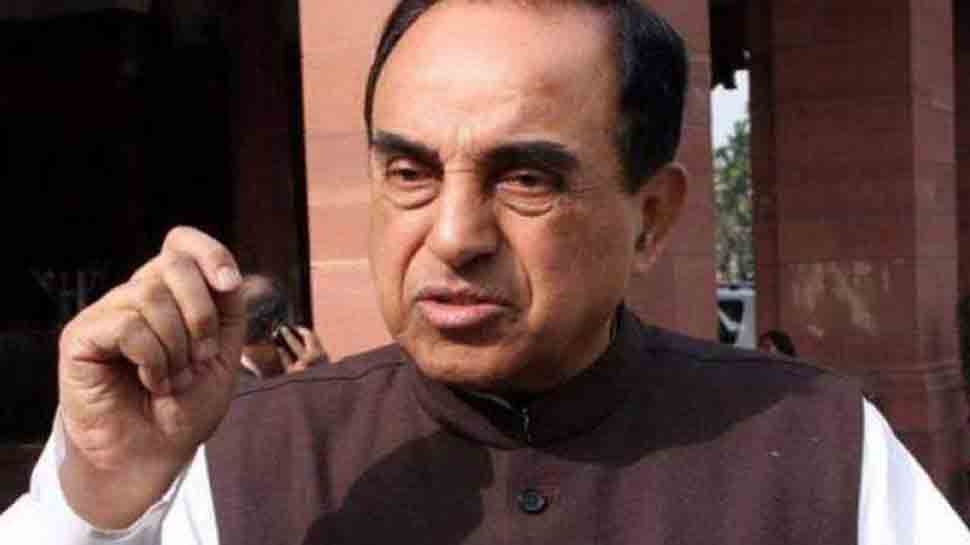 New Delhi: Bharatiya Janata Party leader Subramanian Swamy on Friday said that the construction of Ram Temple in Ayodhya is inevitable and suggested that the only compromise possible in the case is that Muslim community takes a compensation and built the masjid out the Ram Janmabhoomi.

Stressing that the construction of Ram temple at the disputed site is non-negotiable, the BJP MP said, "There is no question of not building a temple where we believe Lord Ram was born."

In a statement, Swamy, who is a petitioner in the case, said the court's decision is welcome but claimed that the mediation panel will have to "map the problem within the parameters so far set by the apex court starting from its 1994 constitutional bench judgment and ending with the three-judge verdict of Sept 27, 2018".

The parameters include that worshipping in a temple, built on the faith that it is the birthplace of Lord Ram, is a fundamental right under the Constitution, he said, adding that such a temple cannot be shifted.

"A claim by a suit to the title of the property is just an ordinary right and is superseded by a fundamental right. Hence the Hindus' right to re-building the demolished temple is guaranteed by the Constitution," he claimed.

Swamy also contended that 'a mosque is not an essential part of Islamic theology and hence it can be shifted by government'. "This is all recorded in the Supreme Court judgement. Narasimha Rao government nationalised the entire land including the disputed area. After the land reforms act and constitutional ammendment, once the nationalisation takes place by the government, the court cannot do anything to set it aside," he said.

The mediation process will commence within a week and the panel will submit the progress report within four weeks, the court said today.