LJP MP Chirag Paswan has said the NDA should not make both issues as election planks. 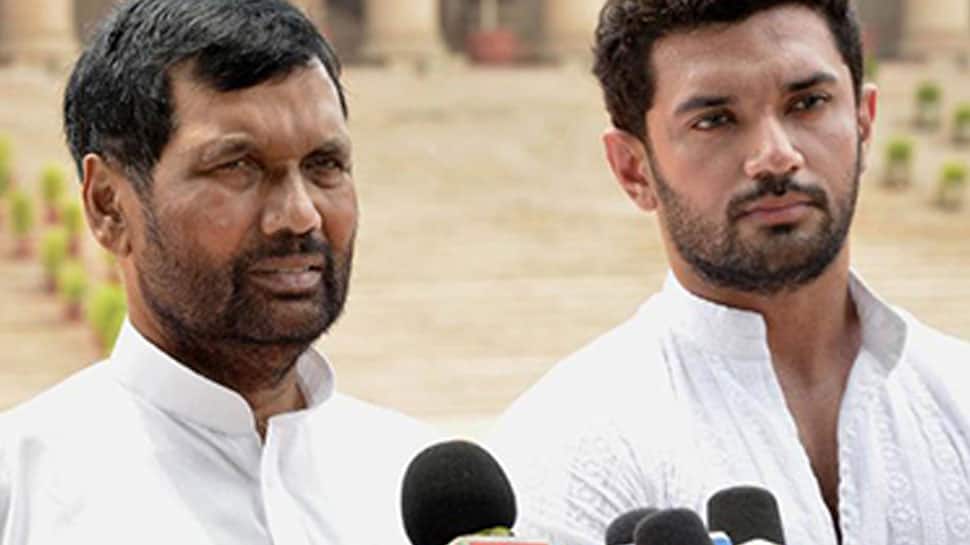 PATNA: After Nitish Kumar-led Janata Dal-United, another BJP ally Lok Janshakti Party (LJP) on has warned that issues like Ram temple and triple talaq are dangerous for the the ruling NDA at the Centre. The warning to the BJP-led NDA has come from LJP MP Chirag Paswan, who is the son of party chief Ram Vilas Paswan.

Chirag said the NDA should not make both issues as election planks.

"Both issues will harm NDA in the Lok Sabha polls," Chirag said.

Chirag, who is LJP's parliamentary board chairman, made these remarks in Sheikhpura district in Bihar on Saturday.

The young LJP MP said that development should be the NDA's main election issue, not 'temple or talaq'.

''I feel that Ram Mandir should not be on our agenda, only development, farmers, jobs should be given priority. Same thing I had said when results of the three states came recently,'' Chirag said.

Chirag Paswan, LJP: I feel Ram Mandir should not be on our agenda, only development, farmers, jobs should be given priority. Same thing I had said when results of the three states came recently. pic.twitter.com/xc2wPCMc21

Earlier, senior JD(U) leader KC Tayagi had said that the Ram temple and triple talaq were not the agenda of his party.

Interestingly, BJP chief Amit Shah on Saturday said that the country's defence and development will be the key focal issues of the party in the upcoming Lok Sabha elections, terming the 'grand alliance' of opposition parties as leaderless and policy-less.

Shah's remarks came a day after Defence Minister Nirmala Sitharaman put up a spirited defence of the government stand on the Rafale fighter jet deal in Loka Sabha, saying "Bofors had brought down the Congress and Rafale will return Prime Minister Modi to power".

"As the Modi-led government has done a lot for all sections of people in the country and given priority to the nation's security, our main poll plank in the general election would be development and the country's defence," Shah told the media after addressing a gathering of BJP's grassroots functionaries of Tripura.

"After the Supreme Court verdict and Defence Minister Nirmala Sitharaman's speech in the Lok Sabha on Friday, there is not an iota of doubt about transparency in the Rafale fighter jet deal," he said, rejecting the opposition demand for a Joint Parliamentary Committee probe into the deal.

"There is no leader, no policies, no vision and no unity about the so-called Mahagathbandhan (grand alliance). During the 2014 polls, the National Democratic Alliance had 28 parties, now it has 40," Shah said, adding the BJP and its allies would do much better than in 2014 Lok Sabha polls.

Earlier while addressing the party's grassroots functionaries (locally called as 'Pristha Pramukh' or 'Panna Pramukh') of Tripura, Shah said the Modi government conducted surgical strikes across the Line of Control to avenge the killings of Indian soldiers by Pakistan's state and non-state actors.

"After the surgical strikes, India became the third country after the US and Israel to undertake such steps for the interest of the country's soldiers," he said.

He said the construction of Ram temple is also BJP's priority.