Rape convicts under POCSO Act should not have right to mercy plea: President Kovind

President Ram Nath Kovind on Friday (December 6) said that rape convicts under POCSO Act should not have the right to file mercy petition. The president made this comment while speaking at an event in Sirohi Rajasthan. 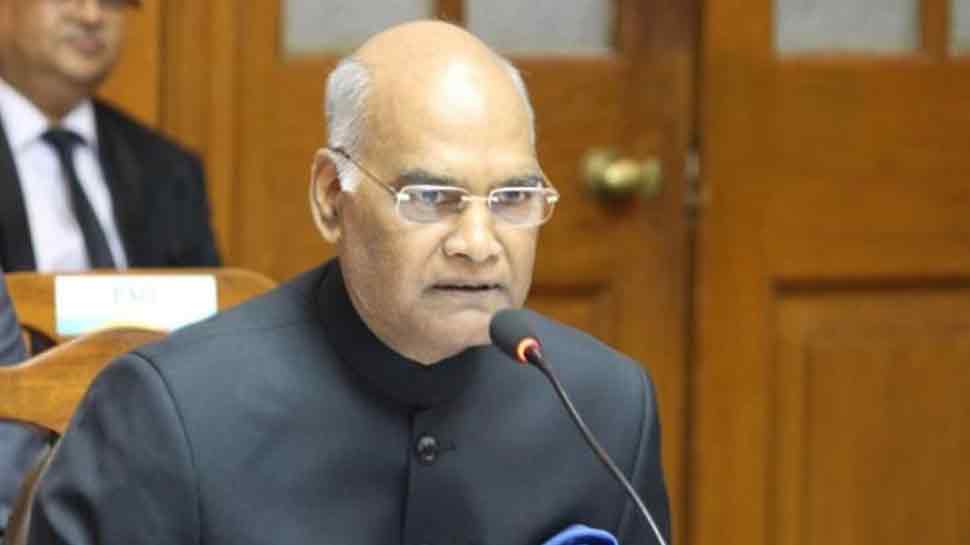 New Delhi: President Ram Nath Kovind on Friday (December 6) said that rape convicts under POCSO Act should not have the right to file mercy petition. The president made this comment while speaking at an event in Sirohi Rajasthan.

Ram Nath Kovind's comment comes in the backdrop of all four accused in the Hyderabad rape and murder case being killed in an encounter on Friday morning.

Notably, all the four accused in the Hyderabad rape and murder case were killed by the police when they tried to escape while being taken to the crime spot.

The encounter took place at the crime scene in Shadnagar, around 60 km from Hyderabad. The police had taken the accused - Mohammed, Jollu Shiva, Jollu Naveen and Chintakunta Chennakeshavulu - for re-construction of events as part of the investigation, but they tried to escape from the spot besides attacking the police.

They reportedly tried to snatch weapons from the police officials, after which, the police, in self-defence, opened fire on them. They were gunned down at the same spot where the accused had dumped the victim`s body and set it afire on the night of November 27.

In the Nirbhaya gang-rape case, however, the Ministry of Home Affairs (MHA) on Friday forwarded the mercy petition of one convict to the President. The MHA has endorsed Delhi L-G Anil Baijal's view that the mercy plea should be rejected.

The MHA took the decision days after the Delhi government "strongly recommended" to reject the mercy petition filed by one of the convicts in the 2012 Nirbhaya gangrape-murder case, Vinay Sharma.

Earlier, Delhi Home Minister Satyendar Jain had sent the file to Lt Governor Anil Baijal with the state government's recommendation in the case.

Sharma, who had filed a mercy petition before President Ram Nath Kovind, is currently languishing in Tihar Jail while the other three convicts had refused to file the mercy plea.

The 23-year-old Nirbhaya was raped on the intervening night of December 16-17, 2012 by six persons inside a moving bus. She was brutally assaulted before being thrown out on the road. Nirbhaya passed away on December 29, 2012, at Mount Elizabeth Hospital in Singapore, where she was airlifted for treatment.