Forensic experts from central probe agencies like NIA and the NSG collected samples from the attack site in Pulwama. 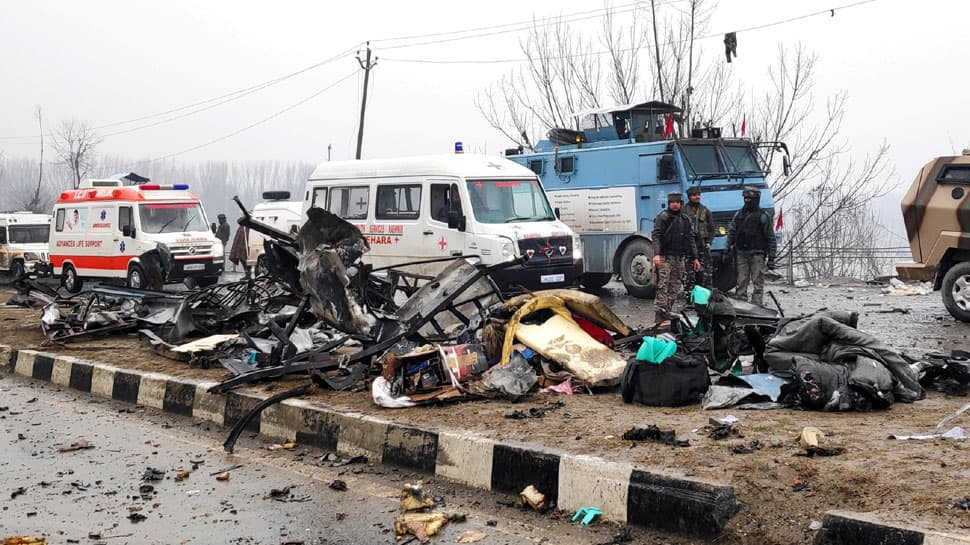 JAMMU: Highly explosive substance – RDX – may not have been used in Thursday's deadly suicide attack on the CRPF convoy in South Kashmir's Pulwama district which left around 40 troopers martyred, suggested reports.

Initial investigation into the incident has suggested that instead of RDX, ordinary chemicals, which are used in making fertilisers, were used to make explosives in the Pulwama attack.

The info regarding the nature of the explosives used in attack emerged after forensic experts from the central probe agencies like NIA and the NSG collected samples from the attack site in Pulwama on Friday.

According to the forensic experts, prime facie it appears that chemicals used in making fertilizers were mixed with shrapnel, lead balls, sharp-edged iron nails etc to maximise the impact of the blast.

Experts also opined that the raw material, which can be easily procured from the local market without being detected by the security forces, were used in making a highly powerful explosive device.

The central forensic experts made these observations after critically examining the dead body of the lone suicide bomber Adil Ahmed Dar – a school dropout and a JeM operative.

The officials claimed that ingredients used in making the explosives could have been procured from local dealers in Punjab or Haryana.

Any confirmation regarding the use of RDX in the attack by the forensic experts in the later stage of investigation would surely be a matter of serious concern for the security agencies.

Importantly, RDX – the Research Department Explosive - has not been used in any terrorist attack in Kashmir in over a decade and the terror outfits have largely relied on Ammonium Nitrate based explosives in Kashmir in recent years.

Another reason why it is a matter of grave concern is that RDX is not easy to make when compared to Ammonium Nitrate.

If it is established that RDX was used, then the agencies would need to explain how it entered Kashmir. Whether it was smuggled across the border or was it made locally? If made locally, then how were the raw materials procured? These are few of the questions that the probing agencies will have to ponder over.

RDX is an organic compound, a white solid without smell or taste, widely used as an explosive.

A more powerful explosive than TNT, it was used widely in World War II and remains common in military applications.

It is considered as a military grade explosive. RDX was widely used during World War II, often in explosive mixtures with TNT such as Torpex, Composition B, Cyclotols, and H6. RDX, when exploded in air, has about 1.5 times the explosive energy of TNT per unit weight and about 2.0 times per unit volume.

The Government of India (GoI) on Friday called back its High Commissioner to Pakistan Ajay Bisaria for consultations in the wake of the dastardly terror attack on CRPF convoy which left at least 40 troopers dead and several critically injured.