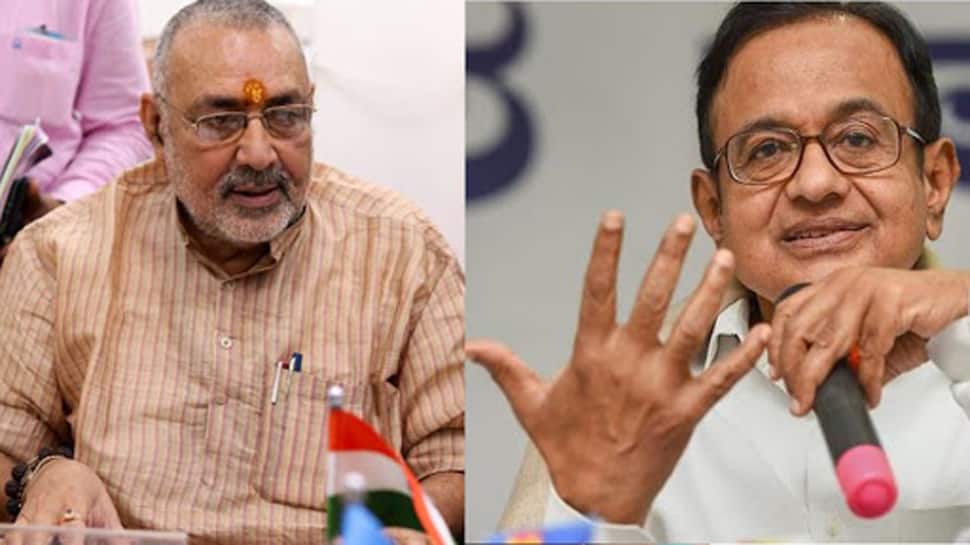 New Delhi: Debate over the issue of abrogation of Article 370 seems never-ending. In a fresh war of words on Monday, the Bharatiya Janata Party (BJP) lashed out at senior Congress leader and former Union Minister P Chidambaram over the latter's remarks on Jammu and Kashmir.

Union Minister Giriraj Singh attacked Chidambaram, saying that "real faces of such leaders stand revealed" after his remarks on scrapping of Article 370.

Taking a jibe at the Congress, Singh said that the grand old party's presence has been reduced to fingertips, so they are aiming for appeasement of the masses. Stating that the move taken by Prime Minister Narendra Modi and Union Home Minister Amit Shah corresponds with the sentiments of 150 million people of the nation, Singh said the downtrodden in the Valley have been struggling for justice for decades now.

This came after Chidambaram suggested that the decision was taken by the government as Muslims are in majority in Jammu and Kashmir.

Union Minister of Minority Affairs Mukhtar Abbas Naqvi also slammed the Congress over its stance on the revocation of Article 370. Pointing out that the revocation was an attack on separatists and terrorists in the country, Naqvi questioned why as to why the Congress was crying foul over the issue.

"At the time when people of Jammu and Kashmir and Ladakh are welcoming the government's move, Congress has become the mouthpiece of terror outfits based in Pakistan, and is trying to divide the country by standing along with Pakistani government," the Union minister said.

Naqvi further attacked the Congress on the allegation that the party had gone to Pakistan to ask for help in throwing Prime Minister Modi out of power.

The Congress party had opposed the Jammu and Kashmir Reorganisation Bill, which abrogates Article 370 and bifurcates the region into two Union Territories – Jammu & Kashmir and Ladakh.