During her six-year tenure, Rekha did not introduce any bill, nor did she ask any question in the House. 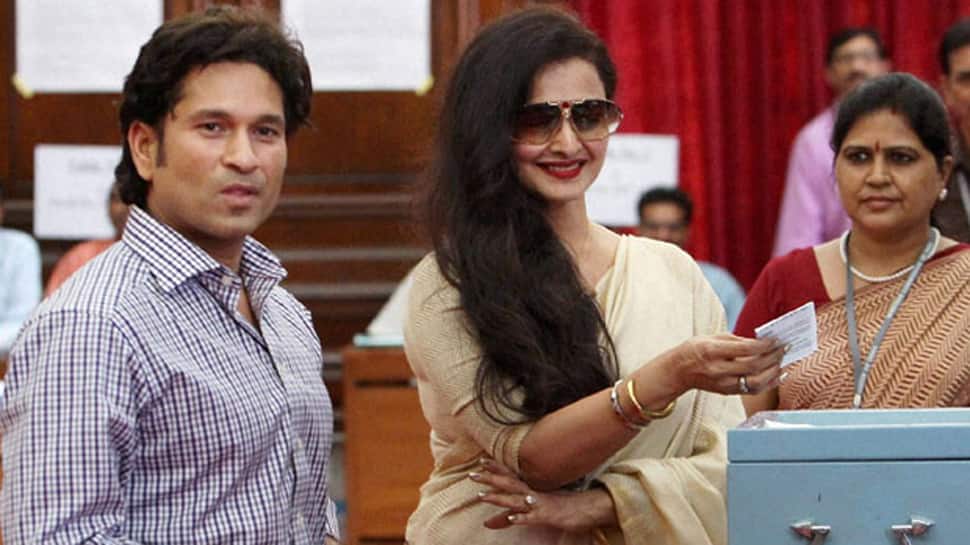 NEW DELHI: As veteran actor Rekha and noted cricketer Sachin Tendulkar's Rajya Sabha tenure comes to an end in April, hectic lobbying is underway to grab that coveted seat. The two were nominated to the Upper House in 2012 and have since faced severe criticism over her low attendance record.

During her six-year tenure, Rekha did not introduce any bill, nor did she ask any question in the House. She has been a part of the Food, Consumer Affairs and Public Distribution committee, as per the Rajya Sabha website. When Sachin and Rekha were nominated to the House of Elders in 2012, there were several questions raised over the selection procedures.

Former nominated Rajya Sabha MP Javed Akhtar had last year noted that Rekha and Sachin might have been "arm-twisted" to accept the nomination. Defending the two, he had said that it was the political parties who tended to nominate celebrities as Rajya Sabha MPs to make headlines without ascertaining their level of interest in such posts.

Raising the question of their absence, Samajwadi Party leader Naresh Aggarwal had said that they should resign from the House if they were not interested. "We have been yearning for the presence of the nominated members like Sachin Tendulkar and Rekha. They never come to the house. The entire session is over but we haven't seen them. If they are not coming, this means they have no interest in attending (Parliament). If they don't have interest, then they should resign," he had said in 2017.

Along with Rekha and Sachin, the term of another nominated member, social worker Anu Aga, is also coming to an end in April 2018. There will be 59 vacancies in the Rajya Sabha in April. The elections will be held on March 23.

Rajya Sabha has 250 members, 12 of whom are chosen by the President of India for their expertise in specific fields of art, literature, science, and social services. These members are known as nominated members. The remainder of the body is elected by state and territorial legislatures.

By nominating them to Rajya Sabha, the State not only recognises their merit and confers honour on them, but also enables them to enrich the debates by their expertise and knowledge that they have in different areas.