As we celebrate the Indian Navy Day on Wednesday (December 4), let us take a look at Sub-Lieutenant Shivangi's inspiring journey from a small town in Bihar to the Indian Navy. 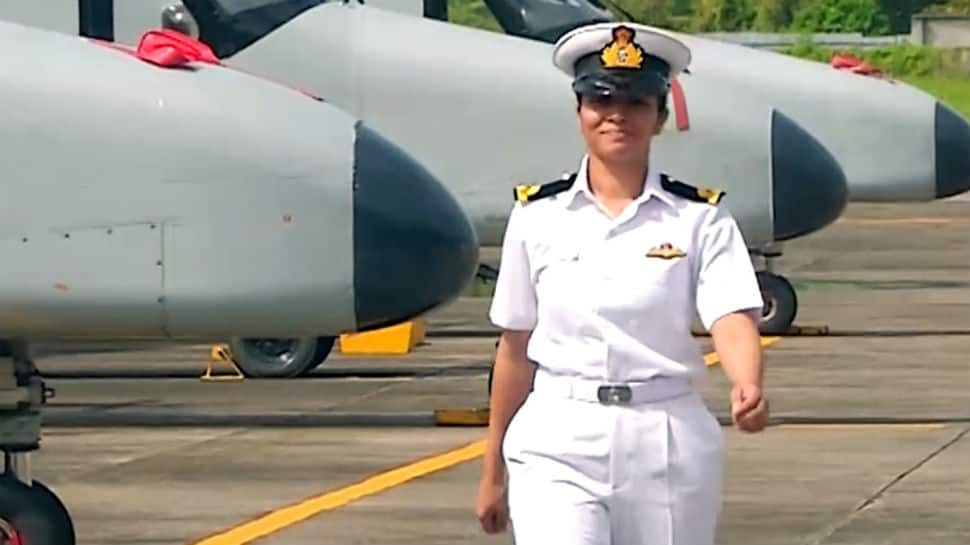 In a major milestone, the Indian Navy recently welcomed its first woman pilot with Sub-Lieutenant Shivangi. She joined the operational duties at the Kochi naval base on Monday and will fly the Dornier surveillance aircraft of the Indian Navy.

As we celebrate the Indian Navy Day on Wednesday (December 4), let us take a look at Sub-Lieutenant Shivangi's inspiring journey from a small town in Bihar to the Indian Navy.

Shivangi hails from Bihar's Muzaffarpur. Her father is a school teacher and her mother is a homemaker. She did her schooling from DAV Public School at Bakhari, Muzzafarpur. Shivangi was inducted into the Indian Navy under the Short Service Commission (SSC)-Pilot entry scheme and was part of the 27th Naval Orientation Course (NOC) at the Indian Naval Academy, Ezhimala. She was commissioned into the Navy in June 2018. As part of her training, Shivangi has flown Pilatus PC 7 MkII, Basic Trainer at AFA and completed Dornier Conversion with the Indian Navy at Kochi. She will continue her training at INAS 550, the Dornier squadron at INS Garuda, to become a fully operational pilot on Maritime Reconnaissance (MR) aircraft.

As the first woman pilot to enter the naval aircraft cockpit Sub Lt Shivangi opens yet another avenue for other aspiring youngsters ....A proud moment for her being shared by Vice Adm AK Chawla and her parents. @indiannavy @SpokespersonMoD @DefenceMinIndia @MinistryWCD pic.twitter.com/fzbd5oWc6Z

Of her achievement, Shivangi earlier told news agency ANI that she had been craving for it for a long time.

"It's a proud feeling for me, my parents and it's a different feeling. I have been craving for this since a very long time and finally, it is here, so it's a great feeling. I am looking forward to completing my third stage of training," she said after joining her operational duties at Kochi naval base.

"Women were always there in the Navy. They were not in the cockpit. Observers were there. This is something different... a woman in the cockpit for the first time. It will create more opportunity for other women who want to join Defence... maybe they will start going for choppers and fighters," she added.

On Monday, apart from Shivangi, two other trainee officers of the 7th Dornier Conversion Course (DOCC) qualified as Dornier pilots and were awarded the coveted golden "Wings" ata simple and solemn ceremony held at INS Garuda. Vice Admiral AK Chawla, AVSM, NM, VSM, the Flag Officer Commanding-in-Chief (FOC-in-C), Southern Naval Command was the chief guest for the ceremony. He presented the "Wings" to the passing out officers, signifying their qualification as naval aviators.

From here on, these pilots will join the Dornier Operational Flying Training course at INAS 550 from mid-January 2020, prior to joining an operational Maritime Reconnaissance squadron.

The Indian Navy Day is celebrated every year on December 4 to celebrate the achievements and role of the naval force to the country and also to commemorate Operation Trident, the courageous attack on the Karachi harbour during Indo-Pakistan war in 1971 by the Indian Navy.