Republic Day 2019 parade live streaming: When and where to watch R-Day celebrations

The Republic Day parade in Delhi on the 70th Republic Day will kick off from Rajpath at 9.50 am. After the unfurling of the National Flag, the national anthem will be played with a 21 gun salute. 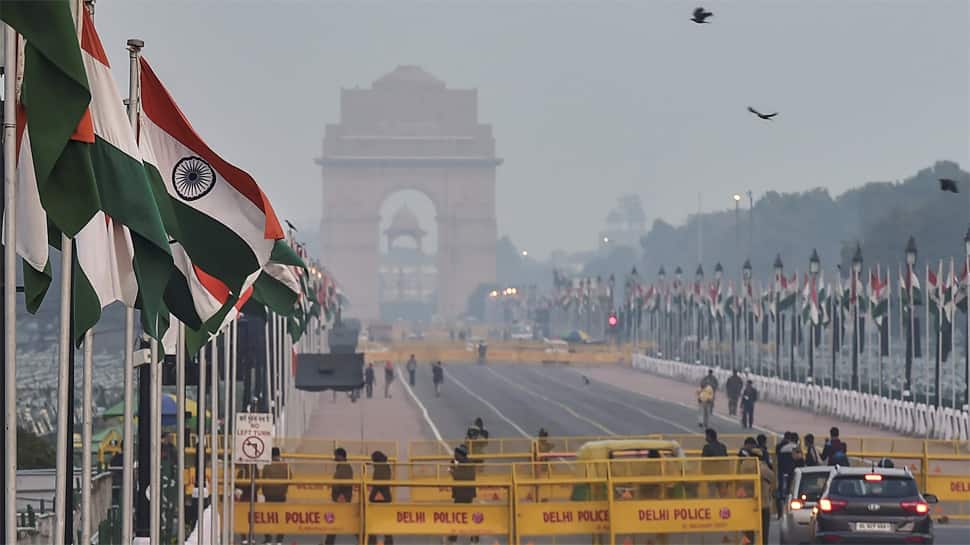 India is celebrating the 70th Republic Day on 26 January 2019. The Republic Day Parade ceremony will begin with Prime Minister Narendra Modi leading the nation in paying homage to the martyrs by laying a wreath at the Amar Jawan Jyoti under India Gate. President of the Republic of South Africa and Supreme Commander of the South African National Defence Force Matamela Cyril Ramaphosa is the chief guest of the grand parade at Rajpath this year. The Republic Day parade will kick off from Rajpath at 9.50 am.

WATCH: Live coverage of Republic Day Parade and celebrations across the country on Zee News

After the unfurling of the National Flag, the national anthem will be played with a 21 gun salute. The parade will then commence with President Ram Nath Kovind taking the salute. The parade will be commanded by Lieutenant General Asit Mistry, General Officer Commanding, Headquarters Delhi Area. Major General Rajpal Punia, Chief of Staff, Headquarters Delhi Area will be the parade Second-in-Command. The winners of the highest gallantry awards will be followed by him.

This year veterans of Indian National Army (INA) who fought valiantly against the imperial forces will also take part in Republic Day Parade.

The ceremony will culminate with the national anthem and release of balloons.

Massive security arrangements are in place for the Republic Day celebrations across the country. Over 25,000 security personnel of the Delhi Police and central security forces have been deployed across the city and the border areas.

Mobile hit teams, anti-aircraft guns and sharpshooters have also been deployed to keep a watch on the eight-km-long parade route from Rajpath to the Red Fort, besides the nearby localities.