Restrictions being eased out in phased manner in Jammu and Kashmir; national highway functioning normally: MHA

Taking to social media platform Twitter, the MHA Spokesperson assured that the situation in the newly formed Union Territory (UT) is gradually returning to normalcy. 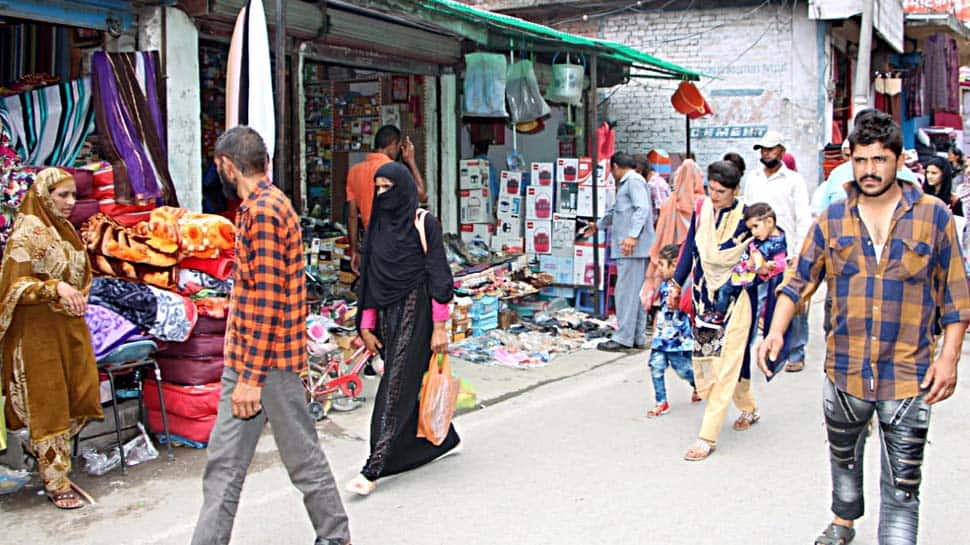 The restrictions are being eased out in a phased manner in Kashmir and the situation in the Jammu division has been restored after assessment by local authorities, asserted the Ministry of Home Affairs (MHA) on Tuesday. Taking to social media platform Twitter, the MHA Spokesperson assured that the situation in the newly formed Union Territory (UT) is gradually returning to normalcy.

The MHA said that the medical services are being provided to the people without any hindrance, adding that a total of 13,500 Outpatient Departments (OPDs) have given requisite medical treatment to patients. Speaking on the availability of all medicines, including the life-saving medicines, the MHA said it has been ensured that every hospital across Kashmir has access to them.

On the communication lines, the MHA asserted that the national highway (NH) has been functioning normally, adding that 100 heavy vehicles carrying LPG and other essentials are plying daily. It added that flights from Kashmir are operating normally and 1,500 light motor and other vehicles are plying on a daily basis.

"The restrictions in #JammuKashmir are being eased out in a phased manner in the Valley and the situation in the Jammu division has been restored after assessment by relevant local authorities. Medical services are being provided to ppl without any hindrance, 13500 OPDs have been given requisite medical treatment to patients. Availability of all drugs, inc life-saving drugs, hv been ensured in every hospital across the Valley," said the MHA.

"National highway continues to function normally. 100 heavy vehicles carrying LPG, and other essentials are plying daily. Flights from Valley are operating normally & 1500 light motor & other vehicles are plying on a daily basis," tweeted the MHA.

Speaking on the Independence Day celebrations in the UT, the MHA said that the full dress rehearsal for the event has been done in every district of and necessary arrangements have also been put in place for the smooth conduct of the same, it added.

The MHA on Sunday released a list enumerating the measures taken by the civil administration to restore normalcy in Jammu and Kashmir amid the prevailing situation in the Valley. Prohibitory orders were relaxed for the first time on Friday ahead of Eid-ul-Adha to ensure that there was no hindrance for the residents to celebrate the festival.

On Sunday, the markets opened, although there were restrictions in some places. Travel restrictions were also eased in several parts of Srinagar, following which residents in the area thronged the streets/markets to buy essentials for the festival.