RJD chief Lalu Yadav's younger son and former Bihar deputy CM Tejashwi Yadav met him on Saturday and told the media after the meeting that he was deeply worried over the failing health of his father. 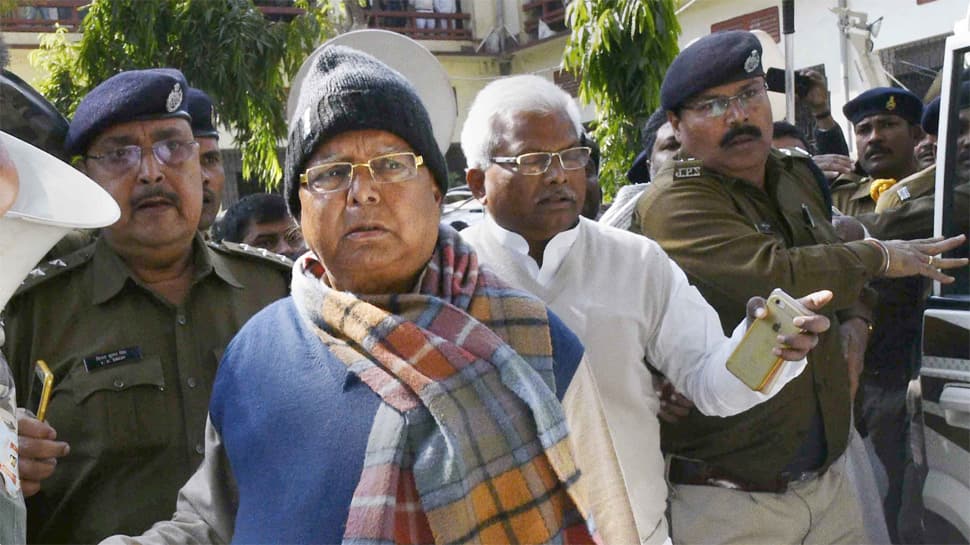 Former Bihar Chief Minister Lalu Yadav has suffered serious kidney damage. It is to be noted that Lalu is currently admitted at a hospital in Jharkhand's Ranchi and he is serving a 14-year jail term after being convicted in the fodder scam case.

"Lalu Yadav's kidney is working only 37 per cent and upto 63 per cent has been damaged. His condition is unstable for last one week," said Dr PK Jha to IANS. Jha is treating the former Bihar CM at the Rajendra Institute of Medical Science (RIMS) in Ranchi.

"Lalu Yadav had developed a small boil which later turned big. It has been operated on. Infection was also detected during treatment of the boil. The kidney functioning has been reduced upto 37 per cent from 50 per cent. Yadav is being administered antibiotic medicine which has also reduced the kidney functioning," added the doctor.

Jha said that Lalu is also suffering from diabetes, blood pressure, kidney and other ailments.

Lalu's younger son and former Bihar deputy CM Tejashwi Yadav met him on Saturday and told the media after the meeting that he was deeply worried over the failing health of his father. Tejashwi added that his father needs better treatment. When asked whether Lalu should be treated outside Ranchi, the RJD leader said that he was not thinking too much on this line but he knows that the RJD chief needs better treatment.

Though Lalu Yadav is facing serious health issues he is still worried about the future of Grand Alliance in Bihar. He held talks with Tejashwi over this matter and directed him to contest the upcoming assembly election in Jharkhand in coalition with Congress and Jharkhand Mukti Morcha. For his part, Tejashwi said that he was ready to talk to Congress leader Rahul Gandhi and JMM leader Hemant Soren to strengthen the Grand Alliance.

Won Amethi because I did not treat people as vote bank: Smriti Irani