Yadav took a jibe at the BJP over the controversial Ram temple issue. 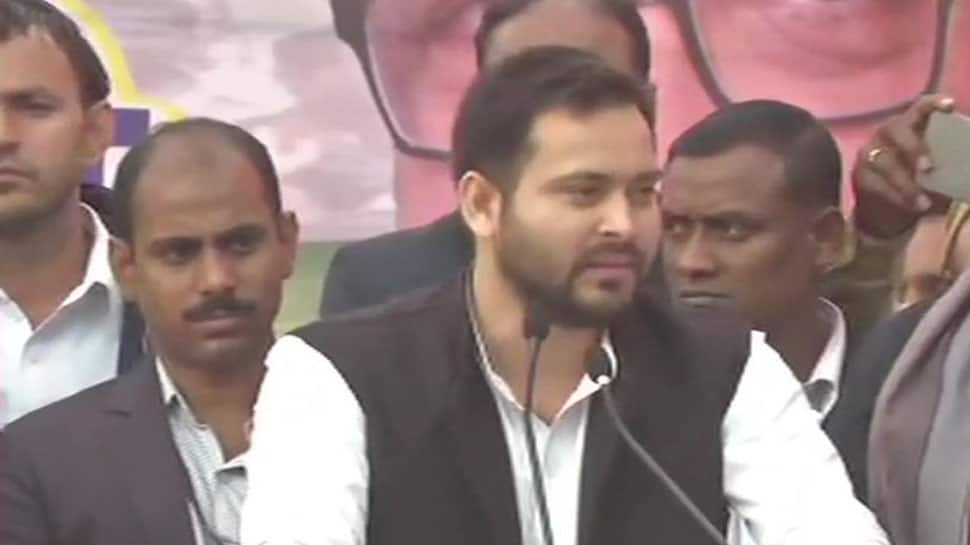 Rashtriya Janata Dal (RJD) leader Tejashwi Yadav on Saturday launched a scathing attack on the BJP accusing it of remembering Lord Ram only before the elections.

Addressing a rally in Haryana's Gurugram, Yadav took a jibe at the BJP over the controversial Ram temple issue. He quipped by depicting a scenario where Lord Ram is having hiccups and His wife, Goddess Sita, asks the reason. To Her query, Lord Ram says that it is because the elections are around the corner and the BJP is remembering Him that He is having hiccups.

The former Bihar chief minister Yadav also took a dig at Prime Minister Narendra Modi cautioning him that if he is ‘chowkidaar’ (watchman), then the people of India are ‘thanedaar’ (policeman).

He alleged that people who speak the truth are being punished. Yadav also accused that when those in power are asked questions instead of answering the politicians spread venom in the society.

"People who speak the truth are being punished. When you ask questions, then ppl in power instead of answering your questions spread venom in society. PM is forgetting if he is ‘chowkidaar’, then people of the country are ‘thanedaar’," said Yadav.