Trying to board a speeding train can prove to be fatal. Railway safety is of utmost importance, however, people tend to overlook their safety while travelling in trains. 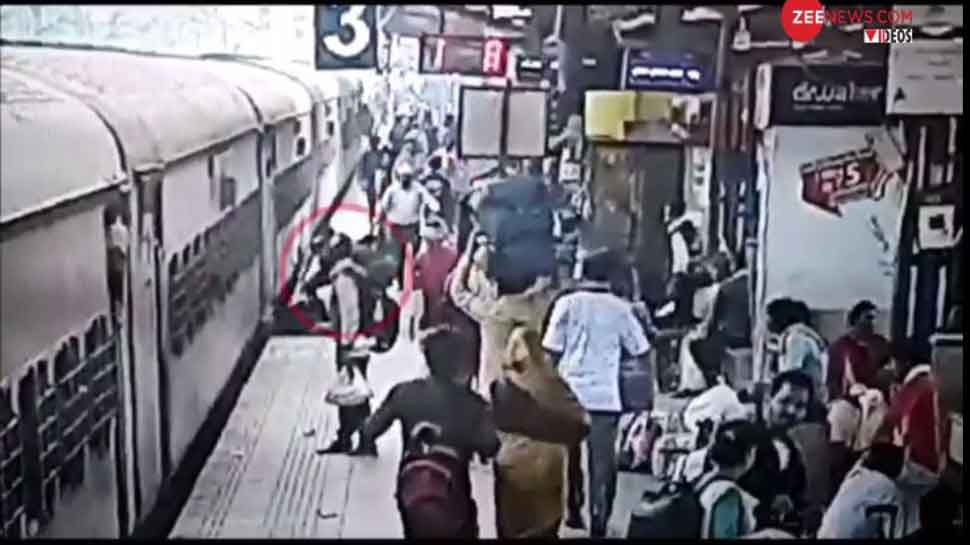 NEW DELHI: Trying to board a speeding train can prove to be fatal. Railway safety is of utmost importance, however, people tend to overlook their safety while travelling in trains.

Such an incident took place at Delhi's Nizamuddin railway station on November 27 where a passenger tried to board Sachkhand Express train from platform number 3 while holding packages in both her hands. As the train began moving, the lady tried to climb onto the speeding train, and ended up falling in between the small gap between the train and the platform.

In another incident on the same day, a second person was saved by the RPF personnel at Nizamuddin railway station: Watch pic.twitter.com/G89nS48KwP

Quick to action, two personnel of the RPF stationed at the platform ran towards and pulled her onto the platform, taking her away from the hovering danger. The incident took place at around 12:45 pm on November 27. The alertness of the RPF personnel ensured that the woman was unharmed from the incident.

On the same day of November 27, another near-tragic incident was averted by the alertness of the RPF personnel. A male passenger was trying to board Bhopal Express at arounf 8:45 pm at Nizamuddin railway station. As the train began gathering speed, the passenger ran with a luggage bag in his hand and toppled over, his leg getting stuck in the gap between the train and the platform.

The stationed RPF personnel jumped to action and pulled the man to safety before an untoward incident could take place.

Onion price crosses Rs 100 per kg in many cities; reports of theft from across India pour in