RSS a terror organisation, their workers may have dangerous things at homes: Prakash Ambedkar

Questioning the intent behind them keeping arms at home, he said that the houses of the RSS workers should be searched. 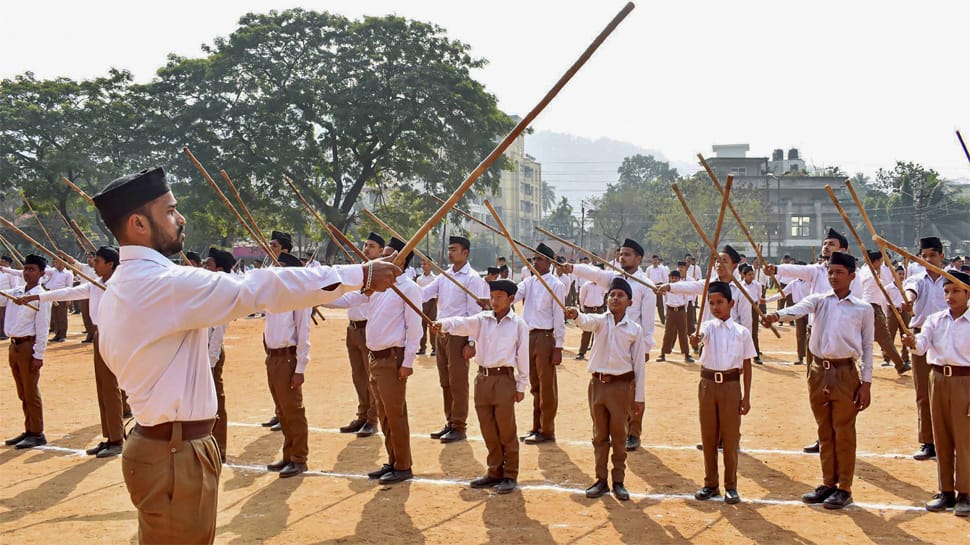 Bharip Bahujan Mahasangh (BBM) president Prakash Ambedkar on Sunday attacked the Rashtriya Swayamsewak Sangh calling them terrorists. He also said that they do not know RSS does not know what nationalism means.

"RSS is a terror organisation. They keep on showing what patriotism is but what exactly are they trying to explain? I told them that they are such nationalists, explain to me what nationalism exactly is," he said.

Questioning the intent behind them keeping arms at home, he said that the houses of the RSS workers should be searched. He added that when there is police and army, why do RSS workers need to keep arms. "I request the police that if you check the RSS workers house you might get a lot of things which are dangerous," he said.

Ambedkar, the grandson of BR Ambedkar, has in the past also hit out at the RSS. He had said that for the RSS, the idea of freedom was to "clip your wings" based on religion. "Our idea of liberty is that behave in whatever manner we like on the notion that it will not offend others. But the notion of liberty which RSS is trying to bring in is clip your wings on the basis of religion," he had earlier said.

He had also lashed out at RSS chief Mohan Bhagwat's statement at the World Hindu Congress in Chicago where he said that Hindus had no aspiration of dominance and the community would prosper only when it worked as a society. "If a lion is alone, wild dogs can invade and destroy the lion. We must not forget that. We want to make the world better. We have no aspiration of dominance. Our influence is not a result of conquest or colonisation," the RSS chief had said.

Ambedkar had then condemned Bhagwat's statement saying that the 'dog' reference was for the 'Opposition parties' in the country. "I condemn this 'mansikta' (mentality) of Mohan Bhagwat that he has referred to Opposition parties in the country as dogs," Ambedkar said adding that parties come and go out of power but this mentality indicated that the ruling dispensation thinks that the Opposition cannot fight them.