Chandrakant Sharma was rushed to Jammu city for emergency treatment but he succumbed to his wounds. This was confirmed by BJP spokesperson Sunil Sethi. 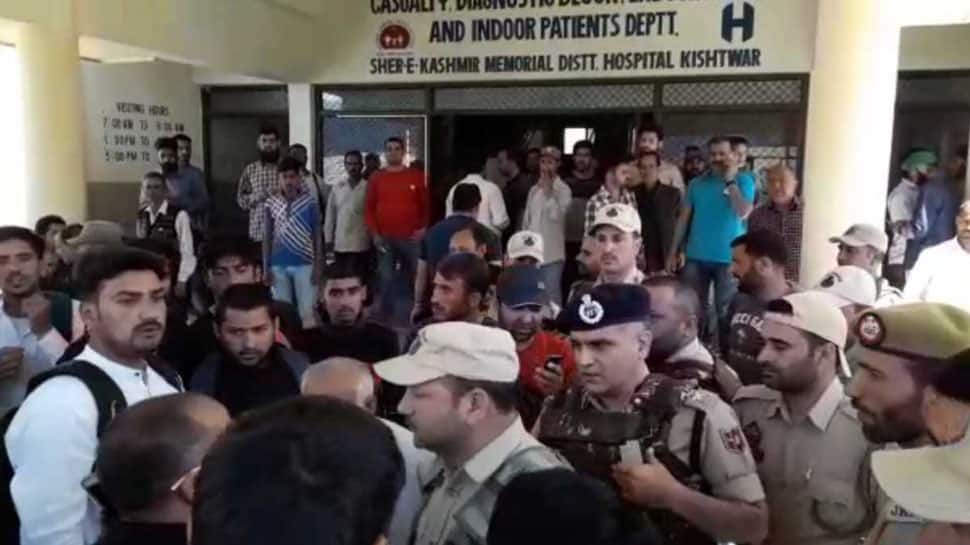 Kishtwar, J&K:  RSS leader Chandrakant Sharma, who had been injured in a terrorist attack earlier on Tuesday, succumbed to his injuries in a J&K hospital - Kishtwar District Hospital.

Sharma, who was a medical attendant in a hospital in Kishtwar, was targeted by a terrorist who reportedly entered the premises and shot at him. Sharma's PSO was killed in the attack while he himself was seriously injured.

According to eyewitnesses, the terrorist entered the hospital without raising any suspicion, took out his gun and fired at Sharma. It is reported that the terrorist fled from the spot and a search operation to nab him has been launched.

Meanwhile, Sharma was rushed to Jammu city for emergency treatment but he succumbed to his wounds. This was confirmed by BJP spokesperson Sunil Sethi.

A curfew has been imposed in Kishtwar and internet services were also snapped as precautionary measures. Meanwhile, news agency IANS reported that the Army has been called in in Kishtwar.

In a first, census data could be collected using mobile app