Sabarimala temple to open on Monday for 10-day festival

The festival will end on March 21. 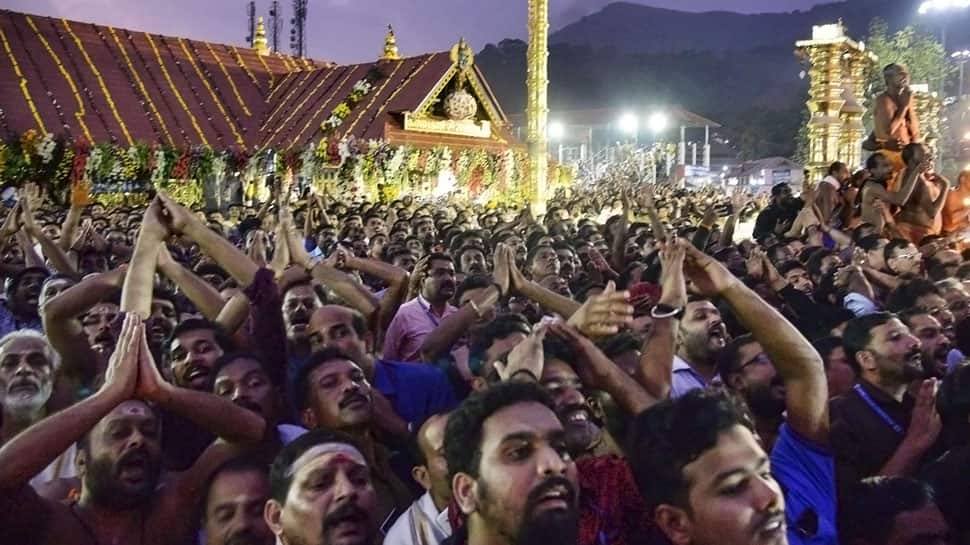 Thiruvananthapuram: The Sabarimala temple will open for the annual temple festival for 10 days, starting from Monday. A release issued by the Travancore Devaswom Board (TDB), which administers the shrine, said that head priest Kandararu Rajeevaru would preside over the temple opening ceremony.

The festival will end on March 21.

The temple will also get a new gold-plated door for the sanctum sanctorum when the hill shrine opens for the festival on Monday. The existing door, which developed tiny cracks, would be replaced with the new one.

The holy door, made of quality teak wood, has been plated with at least four kilograms of gold after engraving and embossing it with copper.

A group of Sabarimala devotees, led by one Unni Namboothiri, met the expenses of the new door as an offering to the presiding deity, TDB president A Padmakumar had said.

"The new door is designed in such a way that the gold platings can be removed if the door suffers any damage in course of time," the TDB chief had said.

The Lord Ayyappa Temple had recently witnessed frenzied protests by devotees opposing the implementation of the landmark September 28 Supreme Court verdict permitting women of all age groups into the temple.

Not in race for PM, says Nitin Gadkari; claims 'calculation' in politics never been his forte