Amid the deepening political crisis in Rajasthan, Deputy Chief Minister Sachin Pilot's camp on Monday (July 13) released a video of around 15 MLAs relaxing at a hotel in Haryana's Manesar. 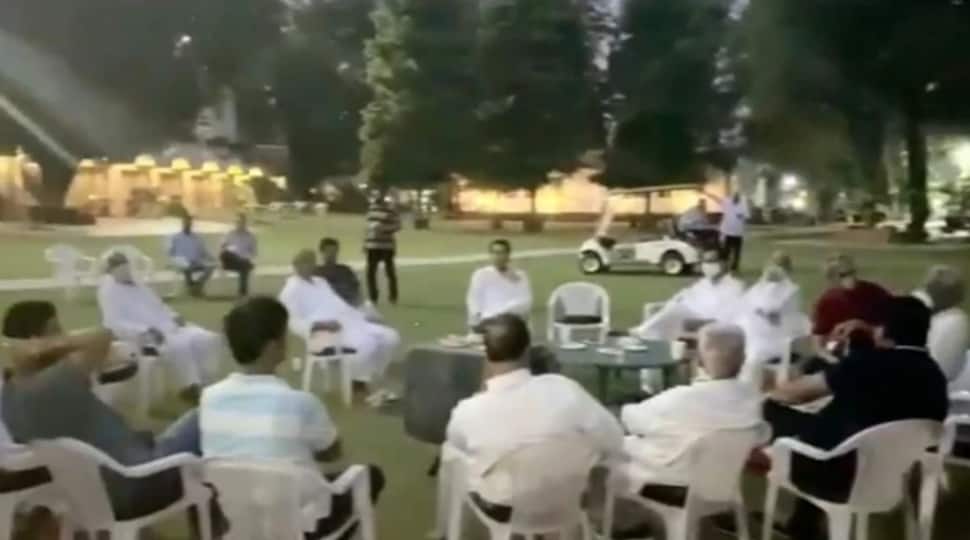 Amid the deepening political crisis in Rajasthan, Deputy Chief Minister Sachin Pilot's camp on Monday (July 13) released a video of around 15 MLAs relaxing at a hotel in Haryana's Manesar.

The 10-second video was released by Pilot camp hours after the Congress announced a second legislature party meeting on Tuesday and issued a whip for all Rajasthan MLAs to attend the meeting or face disciplinary action.

In the video, the MLAs loyal to Pilot can be seen relaxing in the garden of the hotel, sending a strong message to Congress leadership that the Deputy CM is in no mood to relent and Rajasthan CM Ashok Gehlot will have to face tough times to safeguard his government.

Congress MLAs such as Inder Raj Gurjar, PR Meena, GR Khatana and Harish Meena can be seen in the video. The video was tweeted by Tourism Minister Vishvendra Singh with the caption "Family".

Political circles in Rajasthan are agog with debates over CM Gehlot-led government in Rajasthan meeting the same fate of Kamal Nath in Madhya Pradesh, where disgruntled Jyotiraditya Scindia toppled the state government.

Pilot's revolt against Chief Minister Ashok Gehlot has set the alarm bell ringing for the party, which held a legislature party meeting in Jaipur and decided to hold another meeting on Tuesday to woo back dissidents. Former party president Rahul Gandhi and Priyanka Gandhi are among the senior leaders who have been in touch with Sachin Pilot.

Chief Minister Gehlot, however, showed his strength in Jaipur on Monday at the Congress Legislature Party meeting, which was attended by around 106 MLAs. After the meeting, Gehlot took his MLAs in the bus at a resort. This simply shows that Gehlot is not confident in his number game. However, those close to Pilot him disputed Gehlot's claim that his government had a majority and said this is proven in the assembly and not at the CM's house.

In Rajasthan's total 200 assembly seats, 101 MLAs are needed to save the government, but two MLAs of the Indian Tribal Party have also pulled out of the Gehlot government, which currently has the support of merely 99 legislators. But what is more worrying for Ashok Gehlot is that among the remaining 99 MLAs, several are claimed to be of Sachin Pilot's camp.

Lockdown in containment zones in West Bengal extended till July 19