Sachin Pilot should move ahead for development of Rajasthan under PM Narendra Modi's leadership: Ramdas Athawale

In a video posted on Twitter, Athawale said, "Sachin Pilot has taken the right decision by resigning from the Congress. I welcome his decision. Sachin Pilotji should move ahead for the development of Rajasthan under the leadership of Prime Minister Narendra Modi." 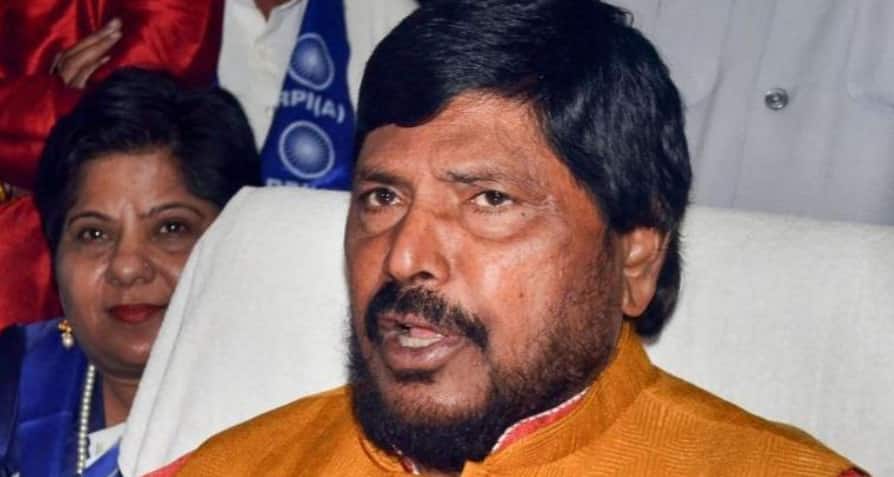 In a video posted on Twitter, Athawale on Tuesday said, "Sachin Pilot has taken the right decision by resigning from the Congress. I welcome his decision. Sachin Pilotji should move ahead for the development of Rajasthan under the leadership of Prime Minister Narendra Modi."

Athawale, a BJP ally who heads the RPI (A), said the Congress will lose power in the desert state if Pilot and MLAs supporting him join hands with the BJP.

Athawale said Pilot was allegedly not being respected by the Congress and chief minister Gehlot. A BJP government will come to power automatically in Rajasthan if Sachin Pilot and the 30 MLAs supporting him come with the BJP.

Congress has already lost power in Madhya Pradesh, it is about to lose power in Rajasthan and after that, the Maharashtra government too will not last long.

The Union Minister said that there should be a grand alliance of BJP, NCP and RPI (A) in Maharashtra, where the days of Uddhav Thackeray government are numbers.

Athawale said the NCP’s tie-up with the Congress and the Shiv Sena was not beneficial to it, adding “The NCP’s decision to support the Shiv Sena is not giving any benefit to the NCP. If Pawar sahab wants the country’s development and that the Centre gives more fund for the development of Maharashtra, then he should take the decision to support (Prime Minister) Narendra Modi ji and he should think about joining NDA (National Democratic Alliance).”

The video posted in Hindi on Twitter, Athawale said, “The country and Maharashtra will benefit from his vast experience.”

In Maharashtra, the Shiv Sena, NCP and Congress came together to form the Maha Vikas Aghadi (MVA) government headed by Uddhav Thackeray in November last year.

CBSE class 10th 2020 results to be available on cbse.nic.in, cbseresults.nic.in — Here's everything you want to know