On the basis of the letter sent by the Assembly Secretariat, the President would get the consent of the Election Commission of India and then issue an order to bar him from contesting any election. 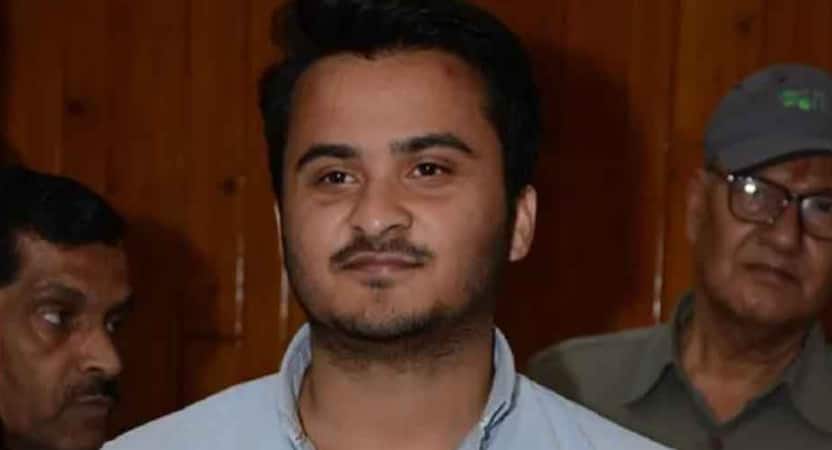 New Delhi: Samajwadi Party MP Azam Khan's son Abdullah Azam Khan will not be able to contest any election for six years because. Uttar Pradesh Assembly Secretariat has written a letter to the President of India to bar Abdullah from contesting any election due to his corrupt conduct.

According to reports, UP Assembly Secretariat wrote a letter to President Ram Nath Kovind recommending that Abdullah Azam Khan should be barred from contesting elections under Section 8-A of the Representation of People Act, 1951, as he was convicted of corrupt conduct.

On the basis of the letter sent by the Assembly Secretariat, the President would get the consent of the Election Commission of India and then issue an order to bar him from contesting any election.

The letter is learned to have cited that Allahabad High Court had cancelled the election of Abdullah Azam Khan from Suar Assembly constituency in Uttar Pradesh's Rampur district for misrepresentation of facts related to his date of birth.

Notably, a by-election is proposed on the Swar Assembly seat.

Earlier in December 2019, Allahabad High Court had canceled the election of Abdullah Azam to the Uttar Pradesh Assembly. His election was set aside for producing fake documents about his age during the 2017 Assembly elections.

The court's ruling said that Abdullah was below the age of 25 when elections were held in 2017 and he forged documents to contest the election. According to Election Commission rules, a candidate has to be of a minimum age of 25 to contest elections in any form.

On January 17 this year, the Supreme Court had issued a notice on a plea moved by Abdullah Azam but refused to stay the Allahabad High Court order or any other order to protect Abdullah from any coercive steps.