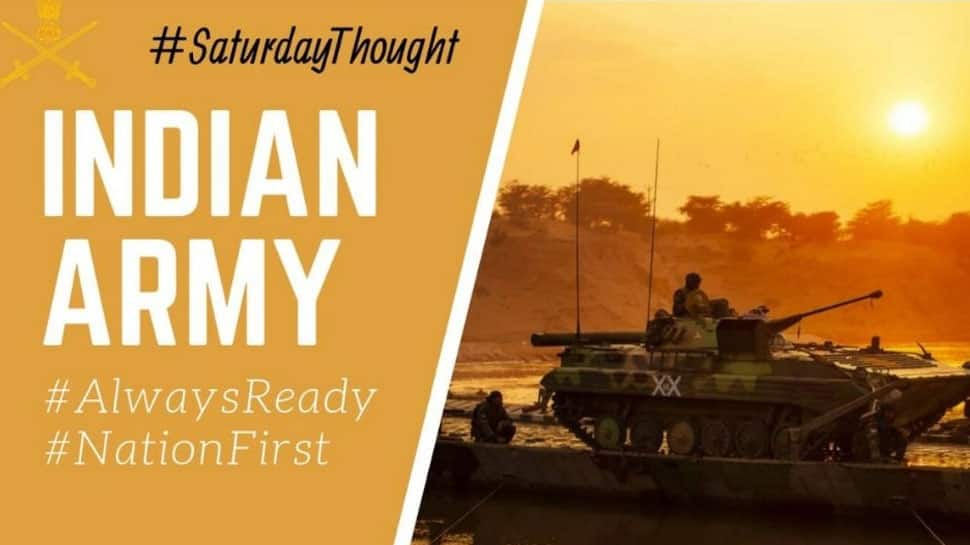 NEW DELHI: Days after tweeting a poem on Indian Air Force's airstrikes in Pakistan's Balakot targeting a Jaish-e-Mohammad training camp, the Indian Army on Saturday assured the nation of its battle readiness and the resolve to come out victorious in any situation.

Sharing a post on Instagram, the Army said that the nation always comes first for the armed forces.

The post, which carried a picture of the Army's battle tank, came with a caption #SaturdayMotivation, #saturdaythoughts.

Shortly after the IAF fighter jets raided a terror camp inside Pakistan's Balakot on February 26, the Army had tweeted a Hindi poem which says that "if you are docile and polite before the enemy, he may consider you as a coward, the way Kauravas treated Pandavas".

'Peace overtures, the poem says, is possible only when you are in a powerful position and capable to win.

The Indian Army has been regularly sharing encouraging tweets, posts and thoughts to keep the moral of the armed forces high and assuring the country of its readiness for any situation.

At many occasions in past, the Army has assured the countrymen that it remains fully prepared to meet the "emerging challenges" and will continue to eliminate the "terror sponsors."