In a major trouble for former MP and gangster, Atiq Ahmed, the Supreme Court (SC) on Tuesday directed the CBI to investigate the alleged kidnapping and torturing of a businessman by Atiq  and his aides. 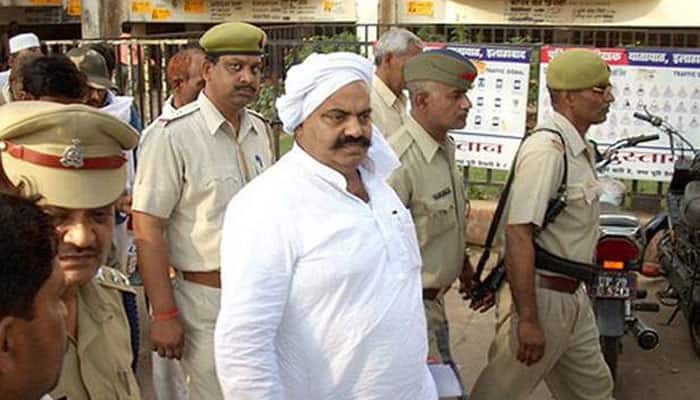 In a major trouble for former MP and gangster, Atiq Ahmed, the Supreme Court (SC) on Tuesday directed the CBI to investigate the alleged kidnapping and torturing of a businessman by Atiq  and his aides.

An SC bench, headed by CJ Ranjan Gogoi, also ordered the transfer of Atiq Ahmed, who is currently lodged in a jail at Naini in Uttar Pradesh to a jail in Gujarat.

The SC passed the order after taking strong exception to the way his goons kidnapped a businessman and brought him to a jail in Deoria in Uttar Pradesh. The man was thrashed inside jail by Atiq and his aides in December last year.  The apex court also ordered suspension of jail officials who helped Atiq bend the law and allowed him to assault the businessman inside his jail cell. The top court also directed the Uttar Pradesh government to submit status details of all 106 criminal cases registered against Atiq Ahmed in four weeks.

In December last year, a Lucknow-based businessman had accused Atiq of allegedly abducting and thrashing him inside Deoria jail. The allegation had forced Deoria District Magistrate Amit Kishore to form a commitee in order to probe the case.

The police had also registered an FIR against the former MP following which police arrested two persons in connection with this case.

The police had arrested the two accused after complainant Jaiswal had accused Atiq Ahmad, his son Umar and his five aides of kidnapping and assaulting him.

Narrating his ordeal, the businessman had said that on December 26, some close aides of Atiq kidnapped him and took him to Deoria jail Atiq was present with his son and 10-12 other miscreants.

"I was thrashed inside the jail by the accomplices of Atiq Ahmad. Forcefully my four companies were transferred in the name of two associates of Ahmad. I was also made to sign on 15-10 plain papers and they also made me leave my Fortuner vehicle in the jail," read the first information report (FIR) filed by the complainant.