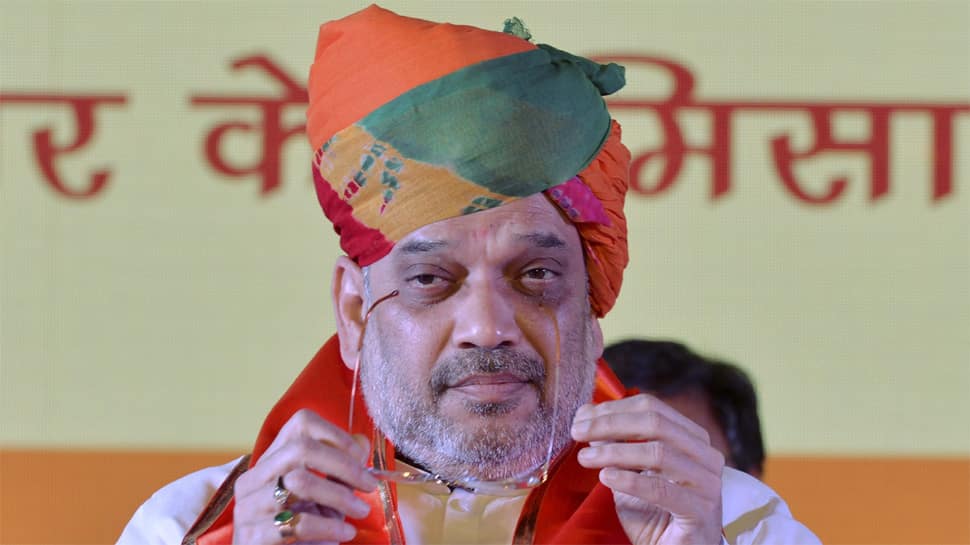 New Delhi: The Supreme Court on Wednesday sought a response from the Election Commission by June 24 on a plea of the Gujarat Congress, challenging the poll panel's decision to hold separate bypolls to two Rajya Sabha seats in the state.

A vacation bench of justices Deepak Gupta and Surya Kant listed the matter for hearing on June 25, saying the issue required to be heard. The bench said, "It is not an issue which can be taken up through an election petition and therefore, requires to be heard."

Senior advocate Vivek Tankha, appearing for the Gujarat Congress, said there were judgments of the Delhi High court which were in their favour.

To this, the bench said, "We are not saying anything for now. We need to decide whether it is a casual vacancy or a statutory vacancy. This matter requires hearing."

The petition was filed by Congress MLA from Amreli and Leader of Opposition in the Gujarat Assembly, Pareshbhai Dhanani.

The Election Commission clarified that the vacancies for bypolls to all Houses, including the Rajya Sabha, are considered "separate vacancies" and separate notifications are issued and separate polls are held, though the schedule can be the same.

In his plea, Dhanani has sought a direction to quash and declare the poll panel's order as "unconstitutional, arbitrary, illegal, void ab initio" and said it violated Article 14 of the Constitution. He submitted that the poll panel be directed to hold simultaneous by-elections and polling for filling of all vacancies in all states, including Gujarat.

The MLA, through his lawyer, submitted that separate elections for the two Rajya Sabha seats in Gujarat would upset the scheme of proportional representation as mandated under the Representation of People Act.

In the petition, it is stated that the basic principle, both under the Constitution and Representation of People Act 1951, is that if regular vacancies are existing at the time when the election is held, it should be held together so that the system of proportional representation by means of single transferable vote can be applied to those elections.

The petition contended that if the Election Commission is given a free hand to issue one or more notification with respect to vacancies in Council of States (Rajya Sabha) and if separate elections are held for the same purpose, it may result in abuse of power in as much as the majority party will always be able to arrange the matters in such a way that it gets maximum seats.

In the 182-member House in Gujarat Assembly, the BJP has 100 members and the Opposition-led by Congress 75 members, while seven seats are vacant.

The Congress MLA also alleged that the poll panel has "arbitrarily, malafidely, maliciously and under the diktats of the incumbent government" invoked its residuary powers under Article 324 of the Constitution and arbitrarily issued the June 15 press note declaring separate elections for the Council of States, where it stated that the vacancies for by-elections to all Houses, including the Rajya Sabha, are considered as separate vacancies and separate notifications are issued and separate poll is taken for each of the vacancies although the programme schedule for the by-elections may be common.

The Congress alleged that the action of the Election Commission was completely tainted with arbitrariness, malafide, partisanship and has been taken in an extremely hasty manner to pre-empt and impede the minority party in the state Assembly to elect a member for the Council of States.

It also alleged that the BJP, running the government at the Centre, has used the Election Commission's Office for its political propaganda.

The EC on June 15 also cited two Delhi High Court rulings of 1994 and 2009 which had supported the system of holding separate by-polls in the same state under provisions of the Representation of the People Act.

The Congress had demanded that the by-polls to the two vacant seats in Gujarat be held together as in case of separate elections, the BJP being the ruling party would have an advantage and win both the seats.