SC to hear Ayodhya case on Thursday, may decide on day-to-day hearing

Sources told Zee Media if the SC decides to end the mediation process then it is likely that it would pass an order to start day-to-day hearing in this matter from July 25 (Thursday). 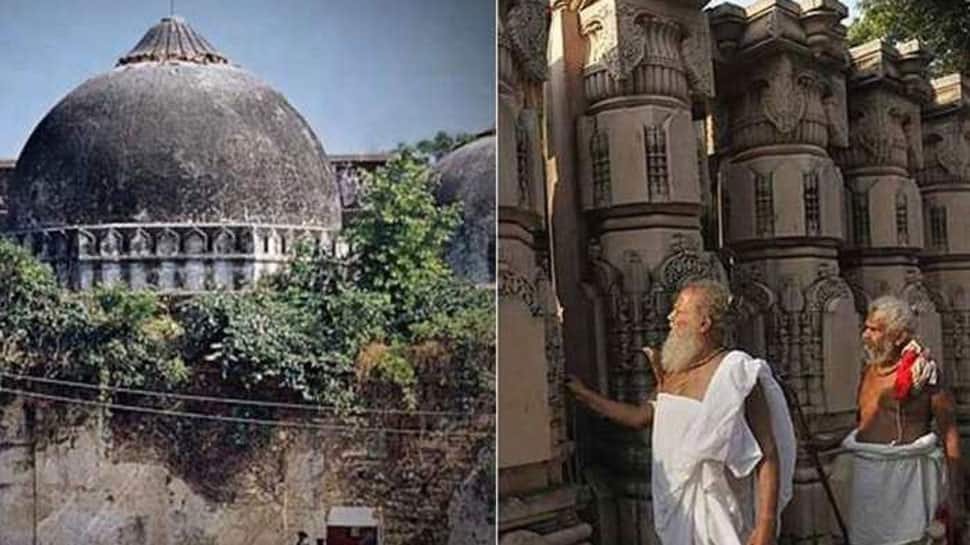 A five-judge Supreme Court bench comprising of Chief Justice Ranjan Gogoi, Justices S A Bobde, D Y Chandrachud, Ashok Bhushan and Abdul Nazeer is scheduled to hear Ayodhya case on Thursday. The SC bench will hear the case at 10: 30 AM and it is expected that the apex court would frame the course of action for hearing in this matter after reviewing the report submitted by mediation panel.

Sources told Zee Media if the SC decides to end the mediation process then it is likely that it would pass an order to start day-to-day hearing in this matter from July 25 (Thursday).

It may be recalled that the during the last hearing, senior advocate P S Narsimha, who appeared for litigant Gopal Singh Visharad, had urged the apex court to list title dispute case for urgent hearing because "nothing much has been happening" in the case which was referred to the three-member mediation panel by the SC.

The SC had granted the three-member mediation panel time till August 15 to find a solution in the Ayodhya land dispute case. The committee, which submitted its interim report in a sealed cover to the top court in May, had sought additional time.

The three-member mediation panel headed by retired top court judge Justice Fakkir Mohamed Ibrahim Kalifulla was constituted by the SC on March 8 to explore possibilities of an amicable settlement to the land dispute after noting “the lack of consensus between the parties in the matter.” The other two members of the mediation panel are Sri Sri Ravi Shankar and senior Madras High Court advocate Sriram Panchu. The panel was given eight weeks by the top court to complete the mediation process.

It is to be noted that 14 pleas have been filed in the SC challenging the 2010 Allahabad High Court judgment, delivered in four civil suits, that the 2.77-acre land in Ayodhya be partitioned equally among the three parties - the Sunni Waqf Board, the Nirmohi Akhara and Ram Lalla.

Kulbhushan Jadhav will remain in Pakistan, a victory for us: Pakistan Foreign Minister