Paramilitary forces have been deployed in the violence-hit areas to bring the situation under control. 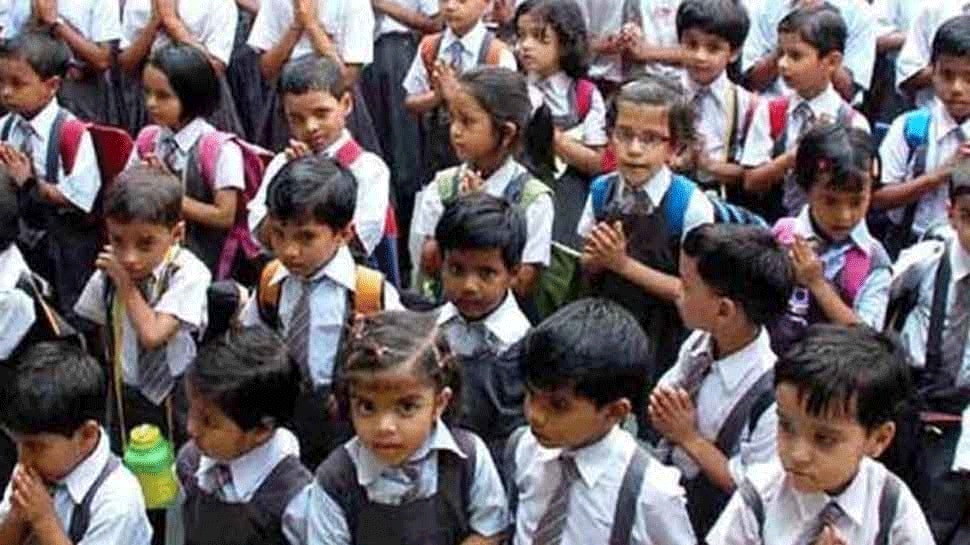 New Delhi: The schools in northeast Delhi will remain closed till March 7 due to the recent Delhi riots, Delhi government said on Saturday (February 29).

The common annual exams have also been postponed since the situation is not conducive for the conduct of examinations in violence-hit areas, read the circular released by the Delhi government. The schools will be open for the principal and office staff.

According to the circular, the new date of Annual Exams for the schools will be announced shortly. 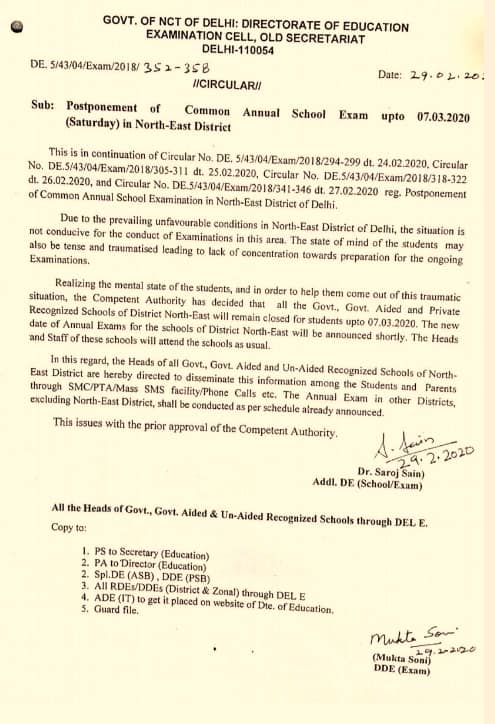 The schools had earlier been shut till February 29.

The area had been witnessing violent clashes since Sunday (February 23) when a rally by BJP leader Kapil Mishra against the anti-CAA protests was followed by incidences of stone-pelting between the two groups.

Paramilitary forces have been deployed in the violence-hit areas to bring the situation under control. The Centre has appointed IPS officer S N Shrivastava as the new Delhi Police Special Commissioner (Law and Order) after repatriating him from the CRPF to take control of the violence in the national capital.