The group will visit Baramulla, Srinagar and Jammu where they would meet representatives of the civil society, including youth from different ethnic, religious and socio-economic communities, local business and political leaders, civil administration and representatives of mainstream media. 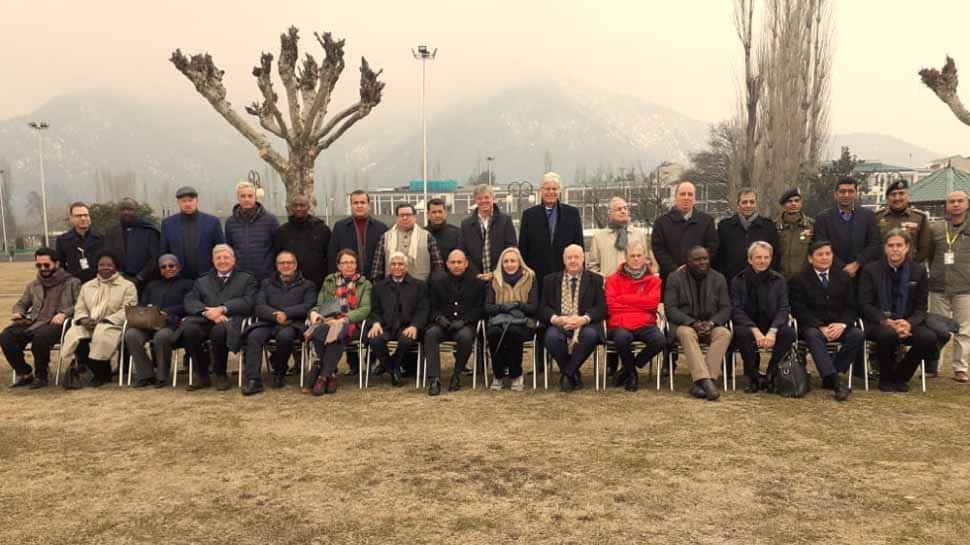 A second group of foreign envoys reached Jammu and Kashmir on Wednesday on a two-day visit, February 12-13, to take stock of the ground situation after the abrogation of Article 370. The delegation has 25 diplomats, including 10 from the European Union (EU), from different countries.

The group will visit Baramulla, Srinagar and Jammu where they would meet representatives of the civil society, including youth from different ethnic, religious and socio-economic communities, local business and political leaders, civil administration and representatives of mainstream media.

They will also receive a briefing about the development programmes being implemented, get an assessment of the security situation, and witness for themselves the progressive normalisation of the situation.

The team reached Srinagar at 11 am and after reaching their hotel took a Shikara ride in Dal Lake. After this, the members went to the hotel back there they are meeting various delegations. They will get information about the situation arising after August 5. They will stay the night in Srinagar and on Thursday go to Jammu where they will meet LG and maybe with some political leaders.

India had taken the first batch of 15 envoys on January 9-10. These envoys included from countries of Latin America, Africa, ASEAN and envoy of the US. The demand for statehood, restoration of internet, development dominated the discourse during the envoy's meet with civil society in Srinagar.

US had called the visit an important step but raised concern over the detention of political leaders. US state dept's Alice Wells in a tweet had said, "Closely following @USAmbIndia & other foreign diplomats’ recent trip to Jammu & Kashmir. Important step. We remain concerned by the detention of political leaders and residents, and internet restrictions. We look forward to a return to normalcy."

In October 2019, a group of European parliamentarians were taken on a visit but that was in their private capacity.

Tags:
Jammu and Kashmirarticle 370
Next
Story