Nithyananda's country named Kailaasa has its own flag known as 'Rishabha Dhvaja', which features Swami Nithyananda himself, along with Nandi, the vehicle of Lord Shiva. It also has a constitution, emblem and its own passport.

New Delhi: Fugitive self-styled godman Nithyananda, accused in rape and kidnapping cases in Ahmedabad, has reportedly established a country of his own, several thousand kilometres away from India. A website named Kailaasa.org reveals that Nithyananda has formed his own country, reportedly near Ecuador, and calls it the 'greatest Hindu sovereign nation'. Moreover, his country named Kailaasa has its own flag known as 'Rishabha Dhvaja', which features Swami Nithyananda himself, along with Nandi, the vehicle of Lord Shiva. It also has a constitution, emblem and its own passport.

"Kailaasa is a nation without borders created by dispossessed Hindus from around the world who lost the right to practice Hinduism authentically in their own countries," reads the introduction on the website. Kailaasa has its own government, functioning departments including education, treasury, commerce and others. One can also apply for the citizenship of Kailaasa.

"Though the Kailaasa  movement is founded in the United States, and spearheaded by members of the Hindu Adi Shaivite minority community, it is created for, and offers a safe haven to all the world’s practising, aspiring or persecuted Hindus, irrespective of race, gender, sect, caste, or creed, where they can peacefully live and express their spirituality, arts, and culture free from denigration, interference and violence," is what Nithyananda's Kailaasa is more about.

The 'Hindu' nation also calls for donations for the country and through it, a person can get an opportunity to gain citizenship of Kailaasa. It claims to eventually have a 'Dharmic Economy' and a Hindu Investment and Reserve Bank, where cryptocurrency will be accepted.

"The citizens will be given a Kailaasa passport which, by the grace of Paramashiva, the holder of this passport is allowed free entry in all eleven dimensions and 14 lokas, including Kailaasa," the website stated. 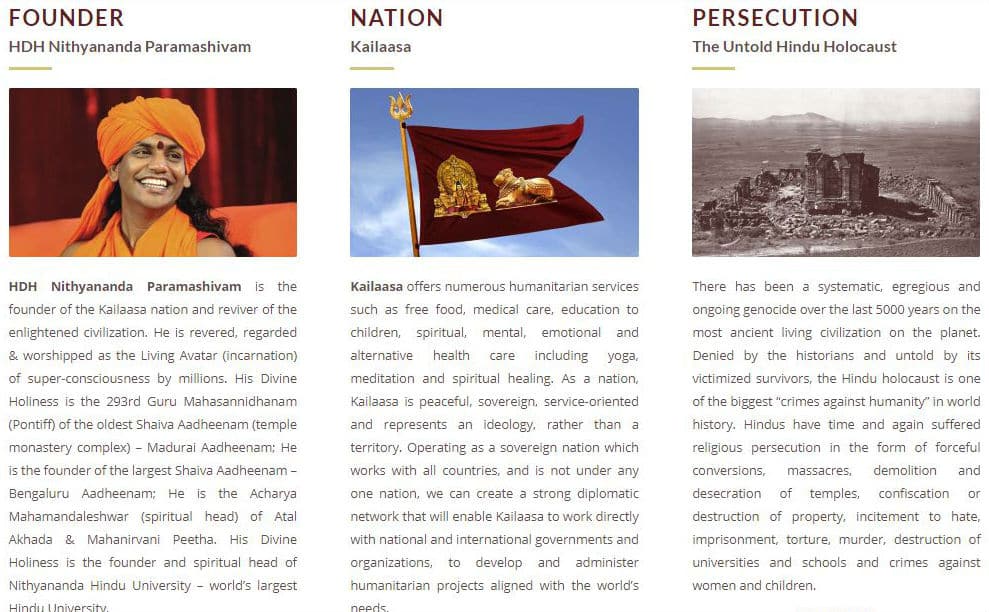 News agency IANS, quoting cyber experts, said that the website was created on October 21, 2018, and it was last updated on October 10, 2019. The website has been registered in Panama with its IP located in Dallas in the US.

Elaborating the causes Kailaasa stands for, the website states, "In a world ravaged by war, ecological destruction, hatred and division, Kailaasa stands as a bold vision of human potential, co-existence, organic living and alignment with nature. As a stateless nation, it does not seek new territory but rather diplomatic recognition as the legitimate representative of the ideology of enlightened humanity."

"Based on its principles Kailaasa supports causes such as gender equality, fight against global warming, universal access to holistic education and healthcare, vegetarianism etc. Kailaasa is bringing spiritual, religious, social, cultural, historic, economic and political legitimacy to Sanatana Hindu Dharma so that it may benefit all of humanity," it further read.

Kailaasa also sends its followers regular newsletters, allows a person to contribute. Meanwhile, the country also has a Gurukul system of education, which is free for all and free healthcare facilities. 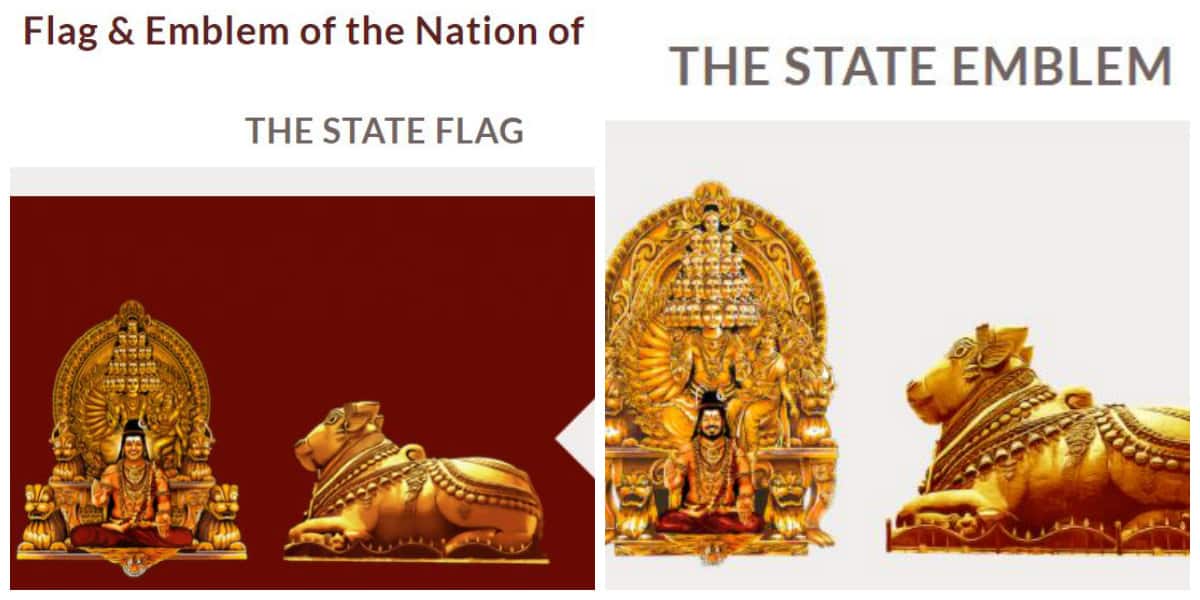 Of its founder, Nithyananda, the website writes, "Nithyananda Paramashivam is the founder of the Kailaasa nation and reviver of the enlightened civilization. He is revered, regarded & worshipped as the Living Avatar (incarnation) of super-consciousness by millions. His Divine Holiness is the 293rd Guru Mahasannidhanam (Pontiff) of the oldest Shaiva Aadheenam (temple monastery complex) – Madurai Aadheenam; He is the founder of the largest Shaiva Aadheenam – Bengaluru Aadheenam; He is the Acharya Mahamandaleshwar (spiritual head) of Atal Akhada & Mahanirvani Peetha. His Divine Holiness is the founder and spiritual head of Nithyananda Hindu University – world's largest Hindu University."

Nithyananda reportedly escaped to Ecuador through Nepal. He is accused of allegedly raping his former disciple under the garb of spirituality.

In November, the Gujarat Police arrested two of his associates, and also booked him under charges of abduction, wrongful confinement, voluntarily causing hurt, intentional insult to provoke breach of peace and criminal intimidation under the Indian Penal Code as well as charges under the Child Labour (Prohibition and Regulation) Act.