The leaders including former Chief Minister Jagdish Shettar, J Crew Madhuswamy, Arvind Limbawali and some others will be meeting BJP chief Amit Shah and working president JP Nadda in Delhi, according to party sources 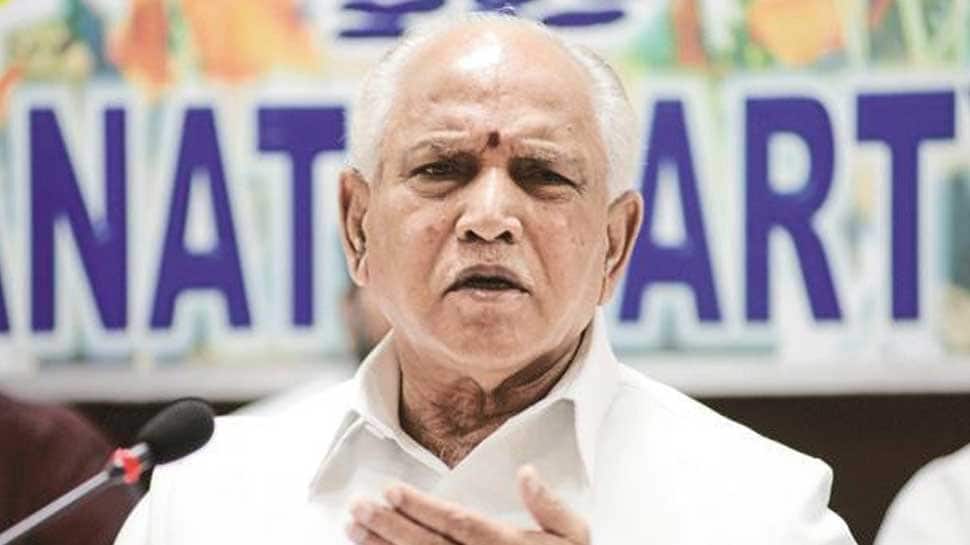 New Delhi: A group of senior BJP leaders from Karnataka arrived in the national capital on Thursday to discuss the party's next move with top party leadership in the wake of the collapse of JDS-Congress coalition government in the state. The leaders including former Chief Minister Jagdish Shettar, J Crew Madhuswamy, Arvind Limbawali and some others will be meeting BJP chief Amit Shah and working president JP Nadda in Delhi, according to party sources.

After the fall of HD Kumaraswamy government, the state BJP is willing to stake claim to form the next government under the leadership of former Chief Minister BS Yeddyurappa but the party top brass seems to be in no hurry. They want to clear the move of staking claim only after it gets assured of a comfortable situation.

The move seems to be a part of party's strategy in view of various issues involved in the political situation arising out of the rebellion by more than 15 MLAs of Congress and JDS that led to the fall of the coalition government.

The BJP central leadership has not taken any decision so far on government formation.

"We are going to stake a claim. There is no doubt about it. It may take some time," a senior BJP leader had said earlier.

Another reason why the BJP top brass is not rushing into any decision is because of the possibility of by-elections in more than 15 Assembly seats if the resignations of the rebel MLAs are accepted or they are disqualified.

In such a case, the BJP may have to win a considerable number of them to secure a comfortable majority.

Yeddyurappa, however, is trying to convince the leadership that winning majority of seats would not be much of a problem and in case the need arises there are more Congress and JD(S) MLAs who are willing to resign and fight on BJP`s ticket. He claims that some of the Congress-JD(S) leaders are in touch with him and are eager to cross over.

In case the BJP manages to form its government in Karnataka, Yeddyurappa is most likely to be the Chief Minister as he is already the leader of the Legislature Party in the state assembly and also the chief of the Karnataka BJP unit.

With the collapse of the coalition government after Tuesday's trust vote, it was expected that the BJP will stake claim to form the next government within 24 hours. BSY, as Yeddyurappa is popularly known, had on Wednesday said that he is waiting for party leadership's nod on the formation of the government in Karnataka following the fall of the JDS-Congress coalition government.

However, the BJP central leadership has not yet given its green signal.

The Congress-JD (S) government collapsed after it lost the vote of confidence, garnering 99 votes against the 105 to the BJP. However, 15 rebel MLAs, 3 independents and 2 absentee Congress MLAs are still part of the House.