According to the met department, the southwest monsoon has further withdrawn from some more parts of Gujarat, Madhya Pradesh, Rajasthan and the entire Punjab, Haryana, Chandigarh, Delhi, Jammu and Kashmir, Ladakh, Himachal Pradesh, Uttarakhand on Friday. 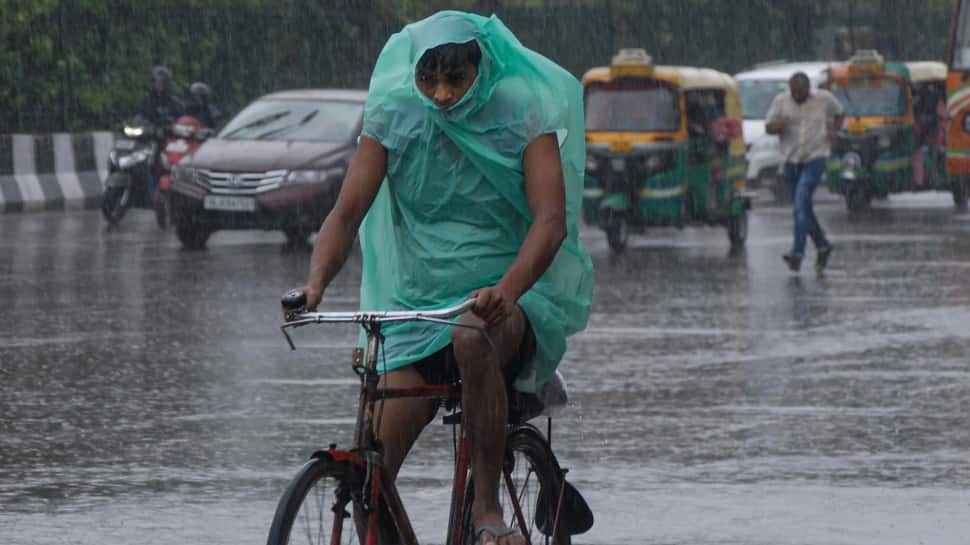 New Delhi: The India Meteorological Department (IMD) on Friday (October 8, 2021) said that a cyclonic circulation lies over the East-central Arabian Sea and extends up to mid-tropospheric level tilting southwestwards with height and is very likely to persist for the next 4-5 days with slight northward movement.

Under its influence, according to the weather department, fairly widespread to widespread light to moderate rain is very likely over several states in the next few days. The IMD said that isolated heavy falls are likely over Goa, Maharashtra, Karnataka and Kerala for the next 4-5 days. Coastal Karnataka, coastal Andhra Pradesh, Tamil Nadu and Puducherry may witness rains between October 10 to October 12.

The IMD has also predicted light to moderate rainfall at most places with isolated thundersquall (wind speed 50-60 kmph) over Andaman & Nicobar Islands.

over Coastal Karnataka, Coastal Andhra Pradesh & Yanam and Tamilnadu, Puducherry & Karaikal during 10th-12th; over Rayalaseema during 08th-09th and over Marathawada on 08th
October, 2021.

According to the met department, the southwest monsoon has further withdrawn from some more parts of Gujarat, some parts of Madhya Pradesh, most parts of Rajasthan, entire Punjab, Haryana, Chandigarh, Delhi, Jammu and Kashmir, Ladakh, Himachal Pradesh, Uttarakhand and some parts of Uttar Pradesh on Friday. It also stated that a Low-Pressure Area is very likely to form over the north Andaman Sea around October 10 and may become more marked and move west-northwestwards towards south Odisha and north coastal Andhra Pradesh coast during subsequent 4-5 days.