Priyanka Gandhi Vadra made her debut in politics in February of 2019 but is now being backed by party leader Shashi Tharoor to take over as president of Congress. 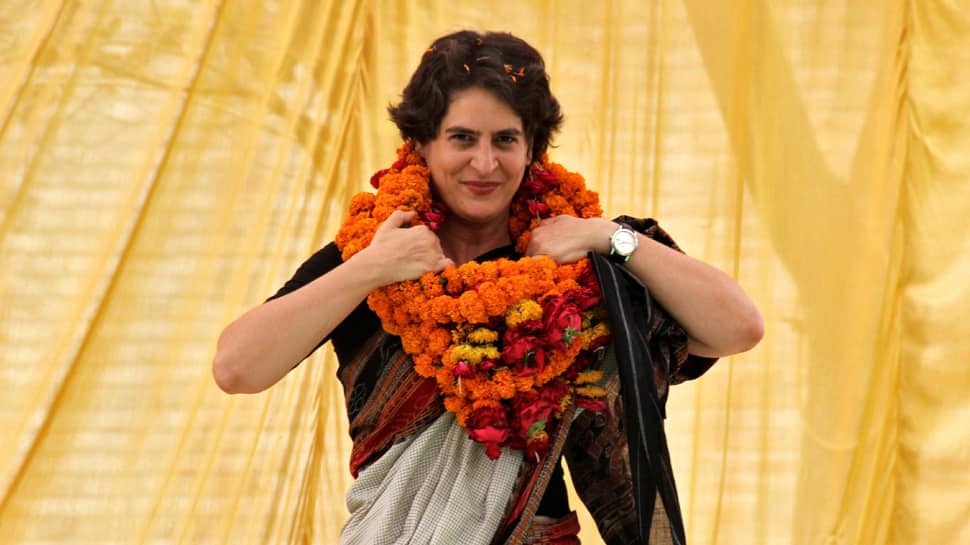 Congress leader Shashi Tharoor has put his weight behind Priyanka Gandhi Vadra to lead the party out of its current crisis and has said she has a 'natural charisma'.

The Congress faces what is perhaps its biggest ever crisis after a humiliating defeat in the Lok Sabha election 2019. The party won only 52 seats with Rahul Gandhi losing from the Gandhi bastion of Amethi. While he did manage to win from Wayanad in Kerala, he eventually decided to step down as Congress president, a decision he was repeatedly urged to reconsider. Rahul sticking to his decision, however, has meant that Congress now will see a new chief and Tharoor feels Priyanka is the right choice.

Tharoor also echoed Captain Amarinder Singh's call for a young leader to be at the helm of Congress. The Punjab CM had said earlier in July that a 'charismatic young leader' should become Congress president. (Full report here)

Tharoor too felt that it is correct for a young gun to take the charge of Congress and said that Priyanka has a 'natural charisma' for the post and the responsibilities.

While Rahul has been into active politics for close to two decades now, he has been unable to inspire Congress. Priyanka, on the other hand, steered clear from politics but would eventually make her debut as party general secretary in February of 2019. This gave the Bharatiya Janata Party (BJP) one more opportunity to revive the allegation of Congress being a party of dynasts. The BJP has maintained that no one from outside the Gandhi family can call the shots in the party and that this is the reason for the Congress' current state.

In the past few months since Rahul's decision to step down, a number of names have been doing the rounds for the post of Congress president. While some have even urged Sonia Gandhi to re-take the post, other possible candidates could be Rajasthan CM Ashok Gehlot,  Deputy Rajasthan CM Sachin Pilot and Deputy Madhya Pradesh CM Jyotiraditya Scindia. These names, however, are born more out of rumours than concrete indications of Congress moving away from Gandhi family in its hunt for a new president.