Maharashtra’s ruling party Shiv Sena has yet again made a blistering attack on Prime Minister Modi for his past bonhomie with the Chinese President Xi Jinping, saying it was presumed that the two leaders swinging a swing will result in reducing tension at the Indo-China border but that has not happened. 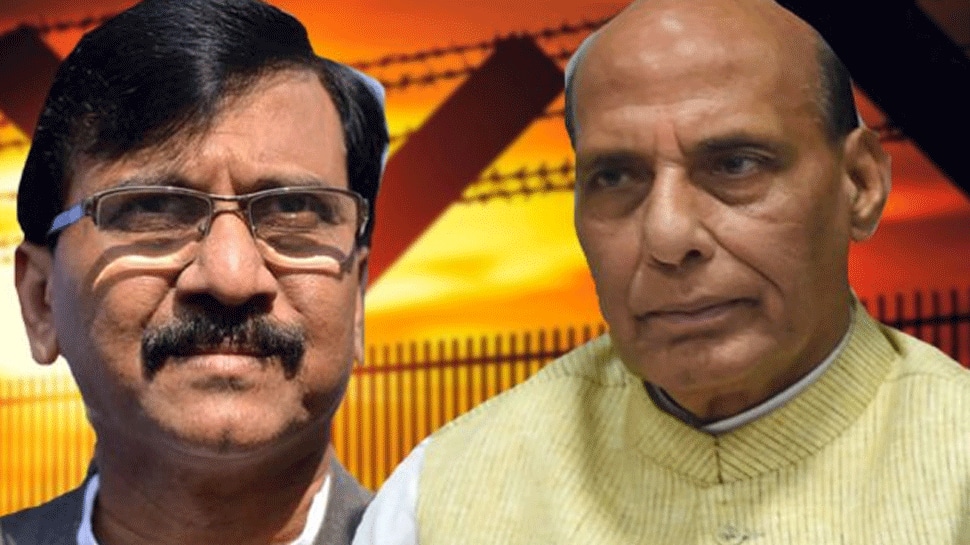 MUMBAI: Maharashtra’s ruling party Shiv Sena has yet again made a blistering attack on Prime Minister Narendra Modi for his past bonhomie with Chinese President Xi Jinping, saying it was presumed that the two leaders ''swinging on a swing'' will result in reducing tension at the India-China border but that has not happened.

In a strongly-worded editorial in its mouthpiece ‘Saamna’, the party also scoffed at the US President Donald Trump’s latest offer of mediation between the two countries.

In its editorial titled ‘The fidget of China! the fun of Trump!’, the party wrote while the country is struggling with the coronavirus crisis, the Chinese troops are attacking the border. “This is the usual work of China. Taking advantage of the crisis, the Chinese always starts fighting on the border. Xi Jinping was well received by our Prime Minister Modi in Gujarat. He was served with Dhokla and Shev-Gathia etc. Pictures of Chinese President Xi Jinping swinging with Prime Minister Narendra Modi on the swing were highly published but that has resulted in vein,’’ the Sena editorial said.

“This created an atmosphere as if the India-China border had been resolved forever. What a lie it was, it has been proved again. The Chinese army is obstructing regular patrolling of Indian forces along the Line of Control in Ladakh and Sikkim. China's incursions into Arunachal Pradesh continue. The Chinese monkeys also attack in Doklam, Sikkim,’’ the Saamana editorial stated.

It continued by saying, “Now once again, they have fired guns on the Ladakh border. On May 5, a clash between the Chinese and the Indian forces took place in eastern Ladakh. Since then, there has been increasing tension on both sides. Hundreds of soldiers on both sides were injured in these skirmishes, this situation is not good. Now the situation has become so serious that both countries have increased their forces along the Line of Control in Ladakh and North Sikkim.”

The party further wrote in its mouthpiece that “China claims that the Indian forces have infiltrated into their side in Ladakh, while the Indian army believes that the part they are patrolling belongs to them. The biggest joke in this dispute is that Donald Trump has expressed his desire to play the role of a mediator in the India-China border dispute. 'I am ready to mediate between the two countries', Trump has announced. Trump's desire to mediate is ridiculous.’’

The Saamana editorial went on to say, “Actually, the biggest tension between China and the US has arisen due to the coronavirus crisis. Trump alleges that the coronavirus was created in a Chinese laboratory and invaded the world. Trump has called the coronavirus a 'Chinese virus', which has made the Chinese head of state very angry."

“Trump has cut World Health Organization aid, saying the WHO is a puppet in China's hands. Is it not a joke that now Trump speaks of mediation between India and China. To be fair, at present, there is a lot of conflict between China and the United States and the relationship between them has become so tense. Many provinces of China have just recovered from the coronavirus crisis, but the coronavirus havoc has not yet ended in America.’’

Uddhav Thackeray’s party further said, “The question is that when we are facing such crises in our country, how can we think of the mediation of America? America is ready to mediate between China and India here. At the same time, Trump is preparing to bring a resolution in the United Nations to recognize Chinese-occupied Tibet as an independent nation. If this bet is successful, it would be a big setback for China. Tibet is also an issue in the India-China conflict. Due to the coronavirus crisis, the economy of countries like America, Hindusthan and Europe is in shambles but not in the case of China. There are reports that American companies are consolidating their business from China. True or false, it remains to be proved, but the resentment against China arising from the coronavirus crisis remains. While the entire world is struggling with the coronavirus, China's worm of imperialism and bigotry persists.

''In such a situation, the 'offer' of arbitration by Trump is a mockery of the third grade. Trump had also offered to mediate on the Kashmir issue. India did not pay any heed to that. Trump should first save his country from the corona crisis. Such shocks keep on coming from China. The Indian Army is capable of handling it. What exactly is happening on the India-China border, our Defence Minister should tell the Indian public with confidence!'' the Saamana editorial said.

It may be noted that Shiv Sena had on many occasions in past ridiculed PM Modi’s soft posturing towards China, saying Beijing has always betrayed India and will do so in the future.