A Saamana editorial has highlighted how Amit Shah, as Home Minister, has shown decisive intent in resolving issues plaguing the state of Jammu and Kashmir. 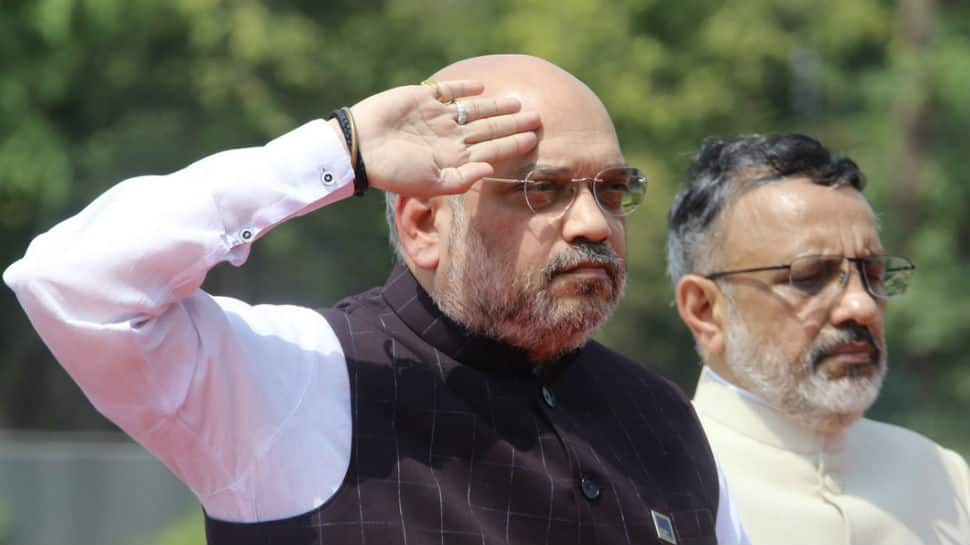 Saamana may have been critical of the Bharatiya Janata Party (BJP) in the past but its latest editorial has doled out praises in big measure on Amit Shah for considering delimitation of Assembly constituencies in Jammu and Kashmir.

Underlining that the Home Minister has shown decisive intent on J&K since taking charge last week, the editorial states that a firm approach was long-needed. "Amit Shah held a review meeting in Delhi regarding the security situation in Jammu and Kashmir. In the meeting, the possible delimitation was also discussed. While there has been no confirmation from the Centre regarding this, but still it can be said for sure that the government has informally made its intentions clear," it reads. "Regional parties have long been against delimitation and have tried to portray that local people would be angered by it. The home minister during UPA's time in power under Congress even surrendered. Now, the time has changed and Amit Shah has given priority to the issue of Kashmir. The government won't waste time in useless and needless discussions."

The editorial also mentioned that politics in J&K has so far been done under pressure from the Muslim-majority population here. "Delimitation has been opposed so that no Hindu can ever be the CM of the state. This needs to stop. The sky won't fall if a Hindu becomes CM of J&K and no effort has ever been made to change the mentality. This (delimitation of constituencies) won't be easy but it is at least good that this government is showing intent."

The Saamana editorial then reads that even Article 370 should be removed from J&K and that a loud and clear message should be sent out to Pakistan and separatists that the state is an integral part of India. "Every person in Kashmir is a citizen of India. Article 370 must be removed and BJP has maintained its stand on it since long."

While the issue of delimitation pertains to a feeling in the Jammu region that it is being discriminated against as Kashmir valley has more Assembly seats, Article 370 gives special status to the entire state and its removal figured prominently in the BJP manifesto before Lok Sabha election 2019.