BJP spokesperson GVL Narasimha Rao says India's borders are safe but Sadhvi Pragya appeared to agree with Shiv Sena on the demand for a ban on burqa to ensure national security. 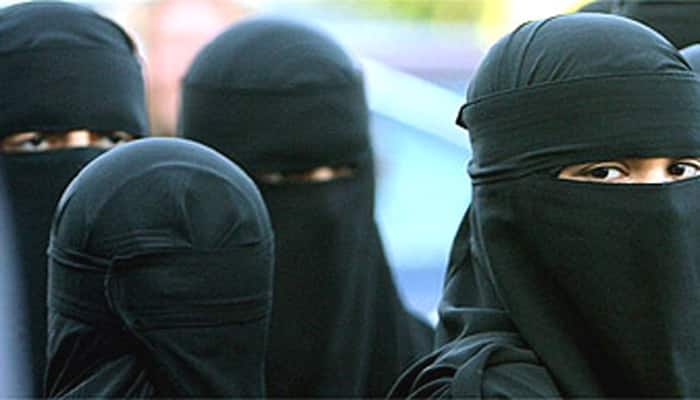 Shiv Sena's demand for a ban on burqa in the country may have been opposed by the Bharatiya Janata Party but appeared to find support from Pragya Thakur.

In an editorial in party mouthpiece Saamna, Shiv Sena called for a ban on burqa as has been done in Sri Lanka following the Easter explosions there. It said that the ban is as necessary as the surgical strikes were and that Prime Minister Narendra Modi needs to show courage to go forward with it. The BJP, however, played down the demand from its alliance partner. "Sri Lanka issued a ban because of the scale of the recent attacks there. Under PM Narendra Modi's leadership, India is safe. There is a zero tolerance policy towards terrorism and the country is safe, there is no need for any bans," party spokesperson GVL Narasimha Rao told news agency ANI.

While BJP may have all but rejected the demand, its candidate from Bhopal Lok Sabha constituency - Pragya Thakur - said national interest should be paramount. "Any decision taken should keep national security as paramount. Even they (Muslims) know that when an (terror) incident happens, their community is discredited. It would be better if they themselves take a call in this matter," she said.

Pragya Thakur's 'support' may be a shot in the arm for Shiv Sena, a party that has not always seen eye-to-eye with BJP on a plethora of issues. Its most recent demand too has the potential of becoming a point of friction. And while Shiv Sena may have lauded Sri Lankan President Maithripala Sirisena for the one-week ban on face coverings, there has been a mixed reaction to this in the island nation.