Jeeja, born with cerebral palsy, was denied entry without escorts by GoAir staff. She alleged that the staff behaved in the most insensitive manner while Kuhu alleged she was told by the CISF lady that "she will have to take off her pants as the lady never saw such callipers." 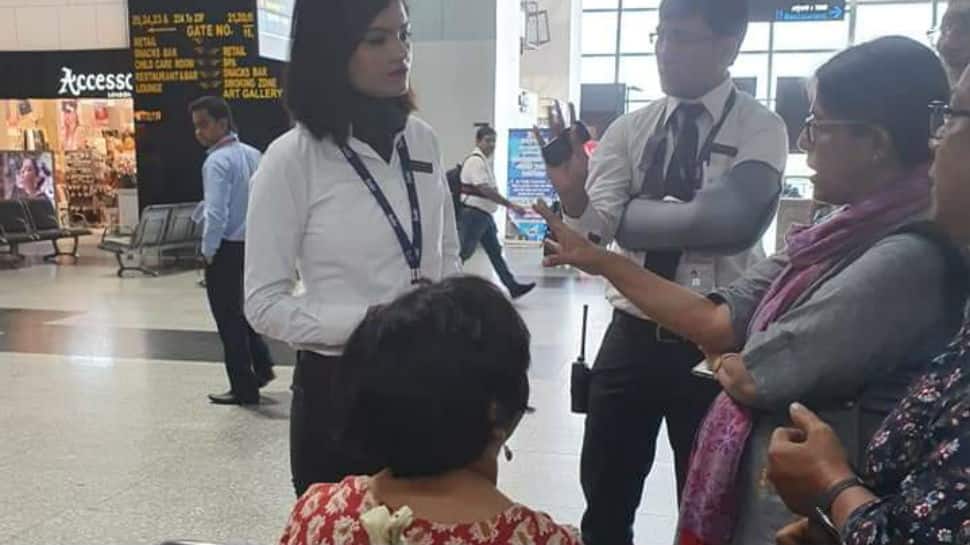 Jeeja, born with cerebral palsy, was denied entry without escorts by GoAir staff. She alleged that the staff behaved in the most insensitive manner when she said she travels across the globe alone and refused to be escorted by her co-passenger as demanded by the airline.

Jeeja's co-passengers also stepped in and protested against the matter. After a heated argument and firm refusal from Jeeja, the staff allowed her to travel.

Speaking to Zee News about the incident, Jeeja said that she is shocked and hurt the way GoAir staff treated her. She also added that she felt "humiliated".

Incidentally, a few years ago, a court had ordered SpiceJet to give Rs 10 lakh compensation to Jeeja for not allowing her to board the flight.

Meanwhile, another member of the same team, Kuhu, alleged that she was asked to take off her jeans by the Central Industrial Security Force (CISF) staff because she wears calliper.

The members of the team strongly protested against it after which, the higher authority had to step in.

Kuhu alleged she was told by the CISF lady that "she will have to take off her pants as the lady never saw such callipers."

Shocked by the treatment meted out by the CISF staff, Kuhu told Zee Media that "when there are specific norms, how come the force be so insensitive."

She also added that the experience they face despite being disability rights activists shows how people with disability suffer.

Jeeja and Kuhu were travelling to the national capital to attend the United Nations Convention on the Rights of Persons with Disabilities (UNCRPD) meeting to discuss the rights of disabled women.

They have claimed that they have received no official apology from the airline as of yet.

Parliament's winter session to be held from November 18-December 13