Situation in Jammu and Kashmir returning to normalcy, government extending all possible help 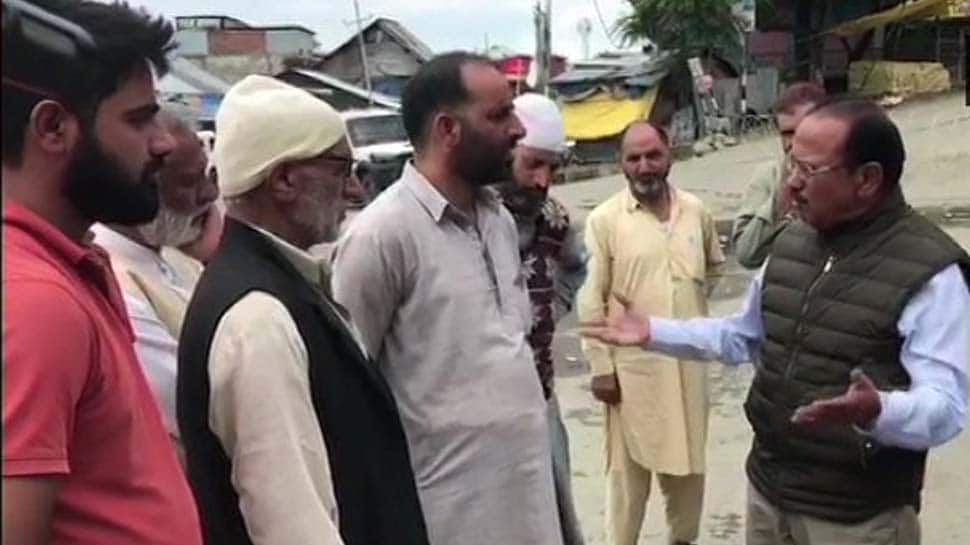 The situation in Jammu and Kashmir is calm and returning to normalcy as Centre has been extending all support to help the people, days after the Narendra Modi government scrapped Article 370, Article 35A and bifurcated Jammu and Kashmir into two Union Territories (UTs).

Several steps are being taken by the government to reach to the people, including establishing control rooms, ensuring every facility is available to the local people. The National Highway is open and the government is ensuring that it remains operational as the coming season, fruit season, is the backbone which will revive the economy.

The internet services remain suspended and schools and colleges are also shut for which people are facing difficulties, though many shops have been opened on Thursday.

National Security Advisor (NSA) Ajit Doval held a review of the security situation in Jammu and Kashmir. After the meeting on Tuesday, Doval submitted a report to Prime Minister Narendra Modi and Union Home Minister Amit Shah. The review was attended by senior stakeholders at the location and Doval also met the locals.

The NSA Advisor gave directions that the common person should not face any hardships. He added that essential food supplies, emergency assistance, and provisions should be made available on priority to the people. The concerns of the people should be given topmost priority, added Doval.

The situation in Jammu and Kashmir is normal, according to Doval. There is peace and no untoward incident or agitation has taken place due to cooperation and support of the local population. The people have also been moving about with their essential work, he added.

The statement of Amit Shah, "Jammu and Kashmir will become a state again, one day, at the appropriate time if the situation improves and that we don’t want it to remain UT forever", has been welcomed by the local population.

Doval also told the security forces about himself. DGP Singh also told the soldiers how the NSA chief is supporting their work. The NSA also met the people of Shopian and spoke to them.

Doval has been keeping a close watch on the ground situation in Jammu and Kashmir, especially on Monday when Article 370 was revoked.