With sights set firmly on Mount Vinson, Colonel Jamal is determined to conquer the icy frontiers of Antarctica. 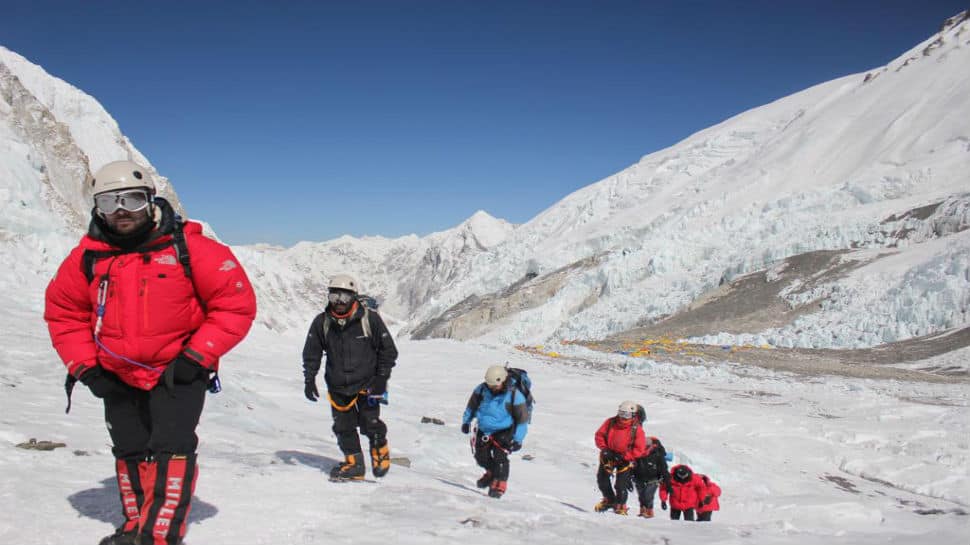 Colonel Ranveer Singh Jamwal is on a mission to scale the highest mountains in all seven continents. His final frontier is Mt Vinson in Antarctica for which he is scheduled to depart on Tuesday. The probable date of the summit climb would be between January 6 and 9, depending on the weather.

Colonel Jamwal has already climbed Mt Everest, Mt. Kilimanjaro - the highest mountain in Africa, Mt. Carstensz Pyramid in Australia, Mt. Elbrus in Europe, Mt. Aconcagua in South Africa and Mt. Denali in North America. "My summit is all dependant on weather. I am very thankful to my seniors who supported me whenever I needed it the most," he told Zee News before departing for the summit.

Colonel Jamwal has the distinction of climbing Mount Everest thrice. He has done more than 30 expeditions across six continents. He is the only person in India to lead back-to-back Everest expeditions thrice and a total of 51 climbers have climbed the Everest under his leadership.

In 2015, Colonel Jamwal and his team had rescued a team of climbers at the Everest - saving more than 60 lives. "Mountaineering is my passion. I once lost a finger when I was doing a Himalayan summit. I am very thankful of my family members who always stood by me," he said.

Colonel Jamwal is the proud recipient of the highest adventure award of India - the Tenzing Norgay National Adventure Award. He was given the award with Virat Kohli and several other prominent sports stars, in 2013. He has also got seven awards from the Indian Army including the prestigious Vishisht Seva Medal - twice. He got the highest award of J&K government - Sher-e-Kashmir - for being an outstanding sportsperson. He was also declared the 'Best Mountaineer of India' by the Indian Mountaineering Foundation in 2017.