Smriti Irani hits out at Rahul Gandhi, says for Congress, Lord Ram doesn’t exist and temple in Ayodhya has no significance

Irani had contested the 2014 Lok Sabha election against Rahul Gandhi in Amethi. 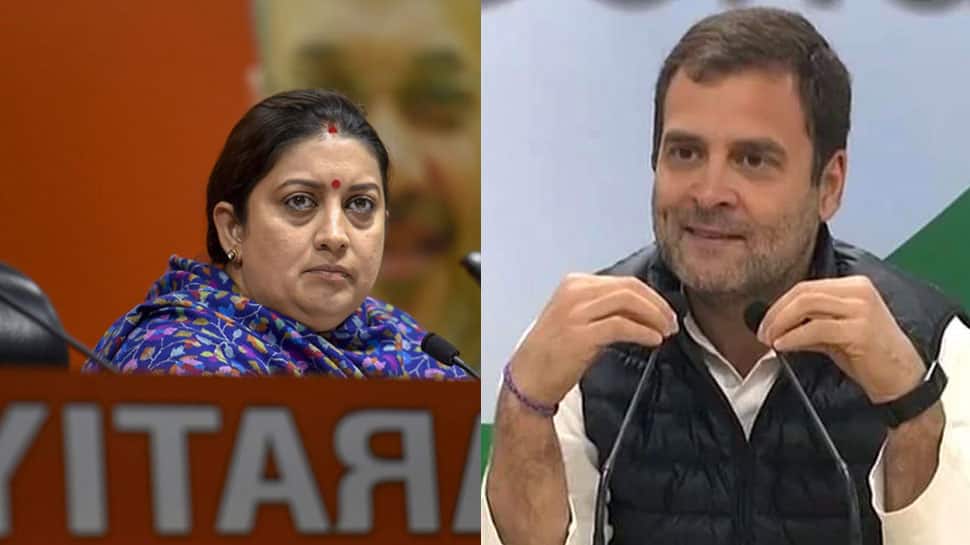 NEW DELHI: Hitting out at Congress president Rahul Gandhi over the Ram temple issue, Union Textiles Minister Smriti Irani has said that Lord Ram does not exist and a temple dedicated to the deity in Ayodhya has no significance for the main opposition party.

The senior BJP leader made these remarks after a day-long visit to Rahul Gandhi's parliamentary constituency Amethi on Friday.

By making such remarks, the Congress president has made it clear today that he has nothing to do with the Ram temple, she said.

The remarks from Irani came in response to Rahul Gandhi's statement that the 2019 Lok Sabha Elections will be fought on the issue of farmers problems, jobs for unemployed youths and corruption in the Rafale deal, and not on Ram Temple issue.

"The narrative is very simple for 2019 elections. Jobs for India's youth. What will set the narrative is the destruction of the economy by (Prime Minister) Narendra Modi," the Congress president had said in Lok Sabha.

Rahul made these remarks while speaking to reporters outside the Parliament after taking part in the Rafale deal debate.

Speaking to mediapersons during his one-day visit to the Lok Sabha constituency of Rahul Gandhi, Smriti Irani asked as to how the Congress chief would “look into the eyes of people of Amethi”.

“Why was Rahul silent when Madhya Pradesh Chief Minister Kamal Nath spoke against people from UP and Bihar working in that state? Rahul Gandhi did not condemn the Congress chief minister in Madhya Pradesh. How will he look into the eyes of people in Amethi today?” Irani said.

Irani had contested the 2014 Lok Sabha election against Rahul Gandhi in Amethi.