Sometimes it takes time to straighten the tail: VK Singh on Pakistan 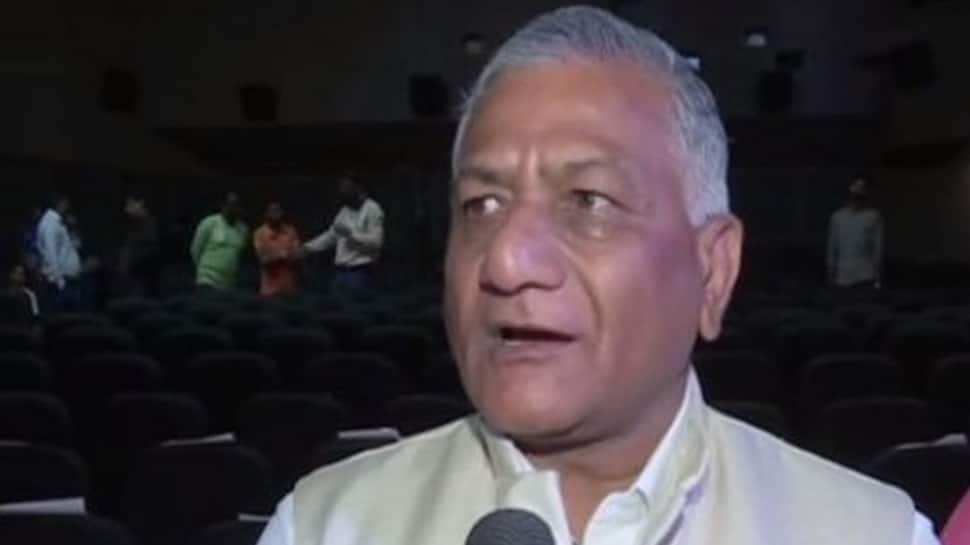 "Indian Army is always ready. They take action whenever it is required and which cause damage to the enemy," the former Army Chief said while speaking to reporters here.

Indian Army on Sunday inflicted heavy damages and casualties on the Pakistan side after two Indian soldiers and a civilian were killed in ceasefire violation by Pakistan Army in Tangdhar sector of Kupwara. The Indian Army also used artillery guns to target terrorist camps in Pakistan occupied Kashmir (PoK) which have been actively trying to push terrorists into India's territory.

Taking a dig at Pakistan and its Army, VK Singh said, "In 1965 they used to run Radio Jhootistan. This habit of theirs has not gone away. So, let them say whatever they are. What our Army has told you is true. As our Army Chief has said, the Indian Army takes action at the LoC from time to time to control the situation so as to prevent any mischief by the other side. The result of the action has been conveyed to you. I would say that our army is always ready to take action when needed so that what is being violated from the other side and the indirect war can be stopped," he added.

The former Army Chief pointed out that Pakistan had refused to take back the bodies of its soldiers killed in 1996 Kargil war. The BJP leader also claimed that his party is forming government in both Haryana and Maharashtra with a majority.