West Bengal CM Mamata Banerjee asserted that there is lawlessness in Uttar Pradesh and it is high time that the government must take steps to restore law and order in the state. 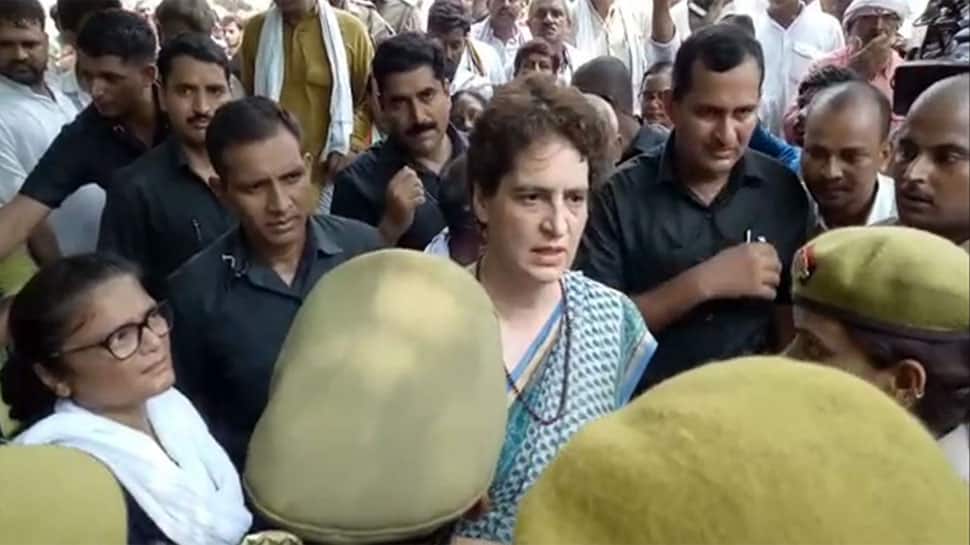 KOLKATA: West Bengal Chief Minister Mamata Banerjee on Saturday slammed the Uttar Pradesh government for not allowing a delegation of TMC leaders to visit Sonbhadra where 10 people were killed in fiting over a land dispute earlier this week. The West Bengal chief minister said that BJP leaders visited violence-hit Bhatpara in West Bengal but the BJP government in Uttar Pradesh misused the state machinery to stop a TMC delegation from meeting the families of the victims of Sonbhadra attack.

"The BJP sent its delegation to Bengal when communal riots took place here. They didn`t listen to us and entered the affected places. But today, when our leaders went to Sonbhadra, they were stopped. I believe BJP should follow the same rule. What Priyanka did was not wrong. She had only two-three people with her. Even my delegation from TMC had Derek and two more people. Even we allowed them (BJP leaders) in Bhatpara," the TMC chief was quoted as saying by ANI.

Mamata asserted that there is lawlessness in Uttar Pradesh and it is high time that the government must take steps to restore law and order in the state.

" More than 1000 people have been killed there in the encounter. People get lynched. I believe things should be looked into. We condemn the atrocities against the Dalits as they are being tortured. If someone wants to raise voice for them, then they should be allowed," said the TMC supremo.

It may be recalled that on Saturday TMC leader Derek O' Brien had accused the Uttar Pradesh administration on not allowing him and some other leaders to step out of Varanasi airport when they went to Uttar Pradesh to visit Sonbhadra.

"We just landed at Varanasi airport. The ADM and SP are here. They told us that we have been detained. We told them it cannot be 144 because there are only three of us. We told them we intend to visit the trauma centre to meet the injured and then we wish to go to the spot of the incident," he said in a video message.

O'Brien and other TMC leaders sat on a dharna at the Babatpur (Varanasi) airport protesting the Uttar Pradesh's government. The three-member delegation of TMC lawmakers was later given permission to visit the hospital where those injured in Sonbhadra firing incident are undergoing treatment.