Tribals here are getting electricity bills of as much as Rs 1 crore without even lighting a single bulb. People have received power bills from Rs 6,000 to more than Rs 1 crore. 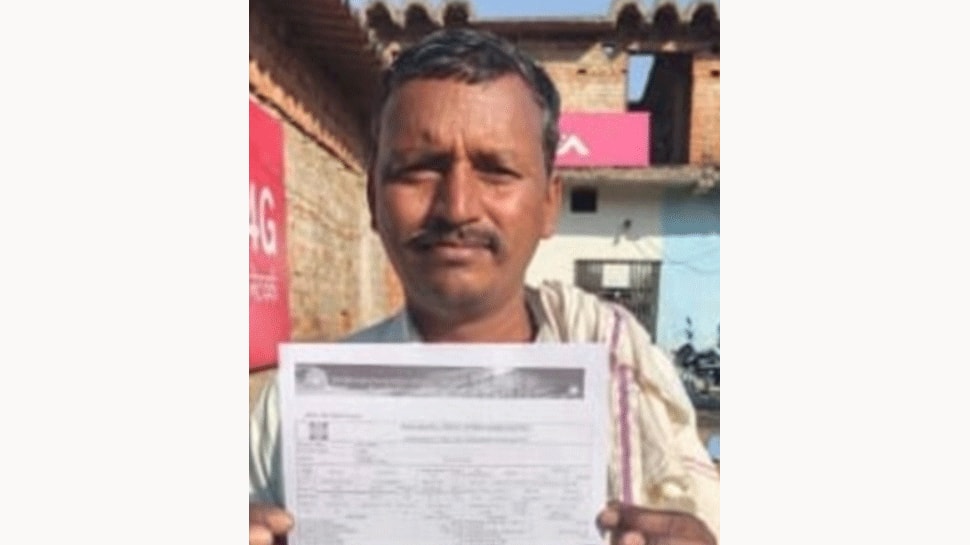 Sonbhadra district of Uttar Pradesh may have caught the attention of the world for having huge gold reserves, but the glitter cannot hide the pathetic lives being led by the tribals living around the Son Pahari.

Tribals here are getting electricity bills of as much as Rs 1 crore without even lighting a single bulb. People have received power bills from Rs 6,000 to more than Rs 1 crore.

Amarnath, a native of Aarang Pani village and a tribal, got an electricity connection under the SAUBHAGYA Pradhan Mantri Sahaj Bijli Har Ghar Yojana launched by the Central government.

Now, after one year of getting the connection, he has received a bill of more than Rs 1 crore.

There are 156 tribal families here who have received such huge electricity bills.

Amarnath, who owns six bighas of land in the village, said, "An official of the Electricity Department took my Aadhaar Card to provide a connection under the Saubhagya scheme. I got the connection... no doubt. But after one year of getting the connection, the bill I have received is shocking".

"Moreover, the officials are threatening to auction my land if I do not pay the bill, he said. Another resident of this village, Dasai Ram said, "A bill of Rs 66,11,457 has been sent in my name".

Similarly, there are 156 tribal families who have received bills amounting to thousands of rupees or lakhs or even a crore.

Kanchan village`s head Kudush said: "I had approached the Junior Engineer of Duddhi Electricity Distribution Subdivision for correcting the bills. But he said the private sector executives are responsible for collection of bills, hence, he cannot help".

In this regard, the Department of Electricity, Duddhi`s Junior Engineer Manoj Kumar told IANS: "The mess has been created from above and the correction will also have to be done from the top. However, we will get an inquiry done and will try to reduce the bills as much as possible under the compromise option".