Sonia Gandhi is believed to be visiting Rae Bareli on a daylong visit as a Thanksgiving gesture, Priyanka Vadra will be holding an introspection meeting with the Congress workers 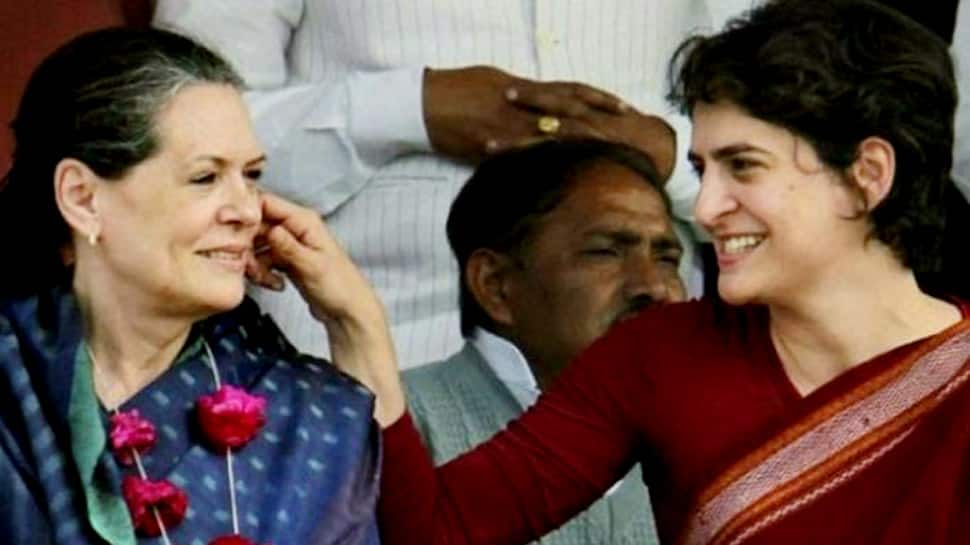 LUCKNOW: UPA chairperson Sonia Gandhi and Congress General Secretary for Uttar Pradesh Priyanka Vadra are scheduled to visit Rae Bareli in Uttar Pradesh on Wednesday. This is the first visit of Sonia and Priyanka to Uttar Pradesh after the recently concluded Lok Sabha election.

Though no official programme of Sonia Gandhi has been released till the filing of the report, sources said her visit to Rae Bareli is confirmed. Both Sonia and Priyanka are expected to land at Fursat Ganj airstrip at 11 am. From there, both mother and daughter are expected to reach Bhueamau Guest House where they will meet party workers.

Sonia will also meet Congress workers who had worked tirelessly to ensure her win from the Rae Bareli Lok Sabha constituency. It is expected that the meeting would begin at 5pm. Congress sources said Priyanka would meet Lok Sabha candidates from 42 constituencies, city presidents, MLAs, ez-MPs and MLAs.

Congress reached to its lowest tally of just one seat in Lok Sabha election as the party managed to win only from Rae Bareli. It is to be noted that Congress president Rahul Gandhi faced defeat at the hands of BJP leader Smriti Irani in Amethi by a margin of around 55,000 votes.

Amethi, which was known as Congress stronghold for decades, was also one of the 42 Lok Sabha constituencies which was been looked after Priyanka. This was the most important assignment given to Priyanka ever since she was appointed as Congress general secretary. Congress sources said Priyanka is likely to discuss ways and means to formulate a strategy that could allow the party to set revival goals before 2022 Assembly polls in the state.