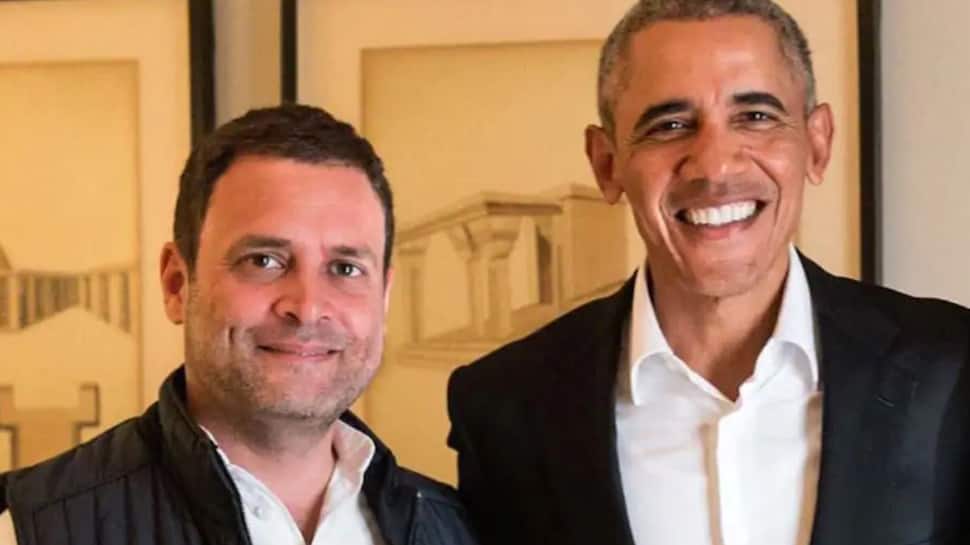 Former US president Barack Obama's comments on Indian leaders, including Rahul Gandhi, in his memoir "A Promised Land", grabbed headlines last week, with the BJP highlighting the critical observations made by Obama about the Gandhi scion.

Obama mentions in his book that India became a more market-based economy in the 1990s, which led to major growth and a rising middle class in the country. "As a chief architect of India's economic transformation, Prime Minister Manmohan Singh seemed like a fitting emblem of this progress: a member of the tiny, often persecuted Sikh religious minority who'd risen to the highest office in the land, and a self-effacing technocrat who'd won people's trust not by appealing to their passions but by bringing about higher living standards and maintaining a well-earned reputation for not being corrupt," said Obama.

Talking about former PM Manmohan Singh, Obama writes in his memoir that PM Singh had resisted calls to launch attacks against Pakistan after 26/11 Mumbai attacks, but the decision caused him political damage. "He feared that rising anti-Muslim sentiment had strengthened the influence of India's main opposition party, the Hindu nationalist Bharatiya Janata Party (BJP). 'In uncertain times, Mr. President,' the prime minister said, 'the call of religious and ethnic solidarity can be intoxicating. And it's not so hard for politicians to exploit that, in India or anywhere else'," he writes, quoting former PM Singh.

Obama writes that India's politics still revolved around religion, clan, and caste. He adds that Dr Singh's elevation as prime minister, which was also called as a hallmark of the country's progress in overcoming sectarian divides, was not actually true.

"... More than one political observer believed that she'd (Sonia Gandhi) had chosen Singh precisely because as an elderly Sikh with no national political base, he posed no threat to her forty year-old son, Rahul, whom she was grooming to take over the Congress Party," mentions Obama.

Obama also recalls a dinner he once had at former PM Singh's home. The dinner was also attended by Sonia Gandhi and Rahul Gandhi.

On Sonia Gandhi, he says she "listened more than she spoke, careful to defer to Singh when policy matters came up, and often steered the conversation toward her son".

He continues: "It became clear to me, though, that her power was attributable to a shrewd and forceful intelligence. As for Rahul, he seemed smart and earnest, his good looks resembling his mother's. He offered up his thoughts on the future of progressive politics, occasionally pausing to probe me on the details of my 2008 campaign. But there was a nervous, unformed quality about him, as if he were a student who'd done the coursework and was eager to impress the teacher but deep down lacked either the aptitude or the passion to master the subject."

Later as he drove off, Mr Obama writes, he wondered what would happen when Dr Singh left office: "Would the baton be successfully passed to Rahul, fulfilling the destiny laid out by his mother and preserving the Congress Party's dominance over the divisive nationalism touted by the BJP?"

Terrorists lob grenade on police post in Jammu and Kashmir's Kulgam, no loss of life reported