In one of its articles published on Sunday, Congress' mouthpiece National Herald questioned the Supreme Court's verdict on the 100-year-old politically and religiously sensitive matter. 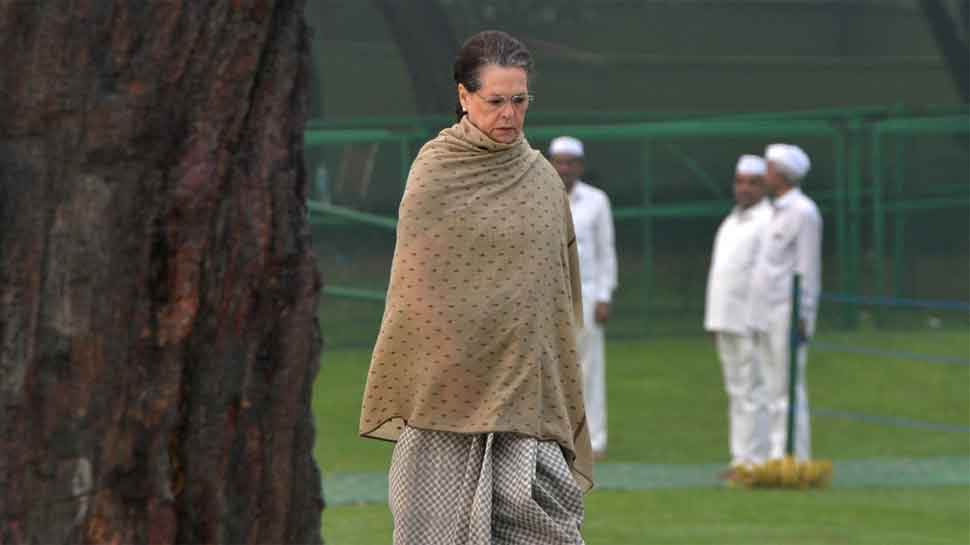 New Delhi: The Bharatiya Janata Party (BJP) strongly criticised the Congress over a controversial editorial piece published in its mouthpiece National Herald on Sunday on the landmark Ayodhya verdict and said that it shows what exactly is the viewpoint of the party. The BJP demanded Congress interim president Sonia Gandhi to issue an apology over the 'objectionable' article.

Addressing a press conference, BJP spokesperson Sambit Patra said, "Through its mouthpiece National Herald, the grand-old party is trying to convey that the Supreme Court ruled what exactly Vishwa Hindu Parishad (VHP) and RSS had wanted. To call the apex court, the Supreme Court of Pakistan is extremely shameful. Pakistan former Prime Minister General Musharaff had also once manipulated the court in the same way. Is Congress trying to say that there is a dictatorship in India?"

"There is no better justice system in the entire world than the Supreme Court of India and the justice system of India. By raising a finger on the country's judicial system, National Herald is embarrassing the country," he said.

"The party wants to provoke a riot in the country through such articles. Sonia Gandhi and Navjot Singh Sidhu have been repeatedly seen talking in favour of Pakistan. We demand an apology from Sonia for the disgusting remarks made on Ayodhya verdict in National Herald," Patra said during the conference.

A controversial cartoon has been published in the National Herald, with a collage, having pictures of 1992 Ayodhya and 2019 Supreme Court, with text reading, 'Whose stick. His buffalo.' The collage picture is accompanied by a caption, 'Can God dwell in a temple built with force, violence and bloodshed? Even if God decides to reside there, can we ever pray in such a temple? '

"In 1954, he unlawfully dismissed the Pakistan Constituent Assembly which was taking much longer than India to frame its constitution. Those who were dismissed went to court where it was determined that Ghulam Muhammad’s actions were unlawful," read the article. It then went on to explain how the Pakistan Supreme Court backed Muhammad, justifying his illegal action with its judgement.

"To my mind it appears that the Ayodhya judgment also comes out of similar thinking and a reliance on necessity. I am absolutely unclear about why the court felt it essential to hand over the entire land to the temple after saying that it could not conclude that the Babri mosque was built on a demolished structure.

The Indian Supreme Court accepts that breaking down of the mosque after mobilisation by the Bharatiya Janata Party was a violation of the rule of law and a crime. It also accepts that the act of putting idols in the mosque was that of desecration.

But it nonetheless gives the land over to those who desecrated saying that “whether a belief is justified is beyond judicial inquiry. Once faith is established, courts should defer to it," read the piece.